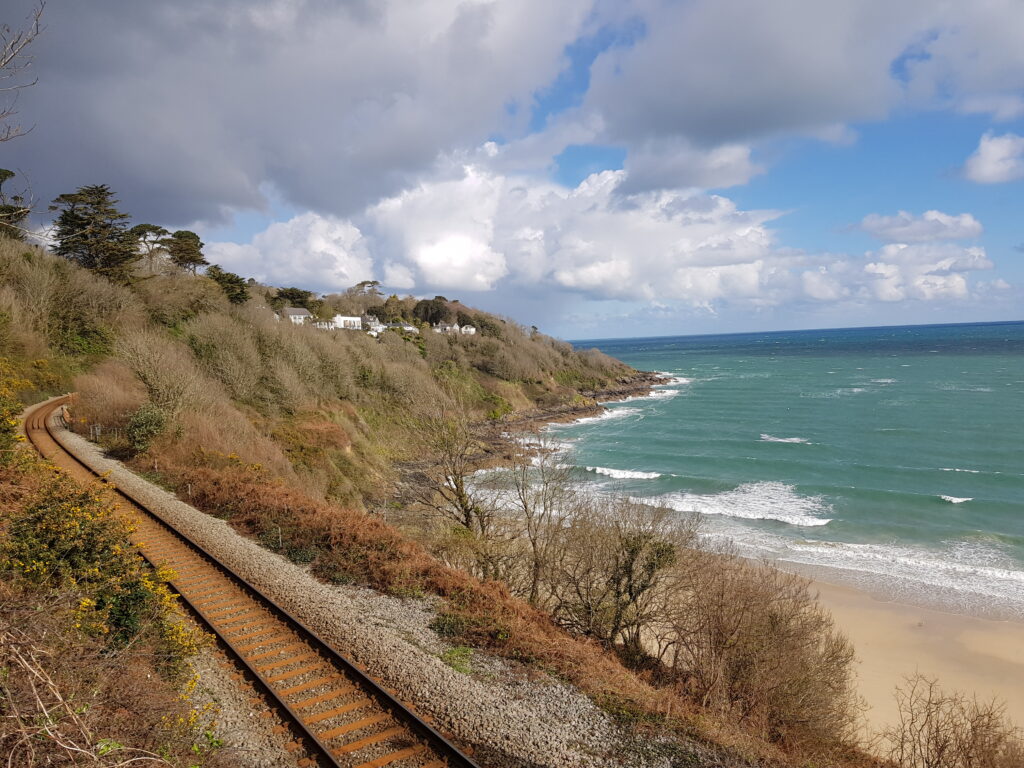 Sometimes the case for rail over road is so overwhelming it scarcely needs to be argued. The short branch line from St Erth to St Ives in Cornwall is a shining example.

It now carries more passengers than in any year since it was opened in the 1870s. That’s an awful lot of cars taken out of circulation in the tight streets of this pretty Victorian town.

This summer, 2022, the line should be busier still. It is being upgraded, to fit in yet more passengers. Platforms have been extended to accommodate longer trains, with space for an extra 2000 passengers a day from May.

The appeal of St. Ives, at the tip of Cornwall, is long standing. This little fishing harbour town is crammed with attractively painted Victorian abodes, most of them now holiday homes. The Tate St Ives Gallery and the Barbara Hepworth Museum add to the attraction.

The 4.25 mile (6.84km) branch line from the main line to the town was reprieved in the 1960s after it was recommended for closure in the Beeching report. Fearing the worst, Flanders and Swann had already included it in their famous elegy for lost stations, The Slow Train. It was never removed – “From Selby to Goole, from St Erth to St Ives; They’ve all passed out of our lives.”

To cope with increasing demand Network Rail have been building extra capacity into the line in a government-funded project worth £1.14m.

The St Ives branch line railway is one of the most successful of the half dozen branch lines in Devon and Cornwall. Each of its five stations is close to the South West coastal path. As late as the 1960s it was served by direct summer Saturday express trains from London. But even after it was spared in the 1960s the line was little more than a local, social amenity and a picturesque tourist attraction. The motorist still seemed to be the likely winner as holiday car traffic grew inexorably. But then came bursting point. Today the few car parks around the town quickly fill, and the unsuspecting visiting motorist is resigned to aimless circling.

Now, as the West Country, and Cornwall in particular, approaches peak car (if it isn’t there already), its railway system s recognised as irreplaceable, the bulwark against gridlock. It’s an irony, therefore, that the government is promoting £1.7bn improvements on the A303 around Stonehenge, with the inevitable result of  speeding yet more traffic to the West Country.

The St. Ives branch line isn’t quite sustainability perfection. The trains, although refurbished, are not new. And they are diesel-powered. Electrification is some way away, and would probably have to wait for the entire Paddington to Penzance line to be electrified – currently there are no electric trains beyond Newbury.

Most visitors to Devon and Cornwall travel by car, even if an increasing number do use public transport when they get to there. So visitors are still only adapting modestly, rather than making the major behavioural changes required of all of us if we are to achieve net zero by 2050.

That would mean far more people travelling all the way by train. And this would require major investment on the mainline from London. The entire route would have to be electrified, signalling upgraded and many more trains added. At the moment the government is sending the wrong message with the planned Stonehenge tunnel.

*The writer travelled to St Ives from London Paddington by train.