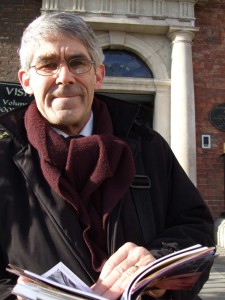 I have been a full-time journalist since the 1970s, writing for national newspapers and magazines. My main outlet at the moment is the travel pages on the Mail on Sunday, where I am a regular contributor. I am interested in technology – from electric and self-driving cars to smart phones – the environment, including climate change and renewable energy, and the natural world. I have written five e-books. Much of my work appears here. I am available for commissions.

I also write for various UK companies, presenting their work and projects to the business world and a wider public.

The national newspaper I have written for include The Sunday Times, Sunday Times Magazine and Business News, Radio Times (where I was a senior feature writer 1989 – 2001) the Daily Telegraph, and The Times.

Vanishing England was commissioned by the Council for the Protection of Rural England to accompany photographs of threatened landscapes by leading British photographers, including Lord Snowdon, Patrick Lichfield and Linda McCartney, and published by Weidenfeld and Nicholson in 1987.

I wrote this microsite on Sir David Attenborough’s series Life of Bird for the Public Broadcasting Service, USA (PBS).

In 1990 I was runner up in the TV-am National Broadcast Journalist of the Year Awards, in the Best Specialist Press category.

Long experience as a senior contributor to UK and overseas publications on a wide range of subjects.