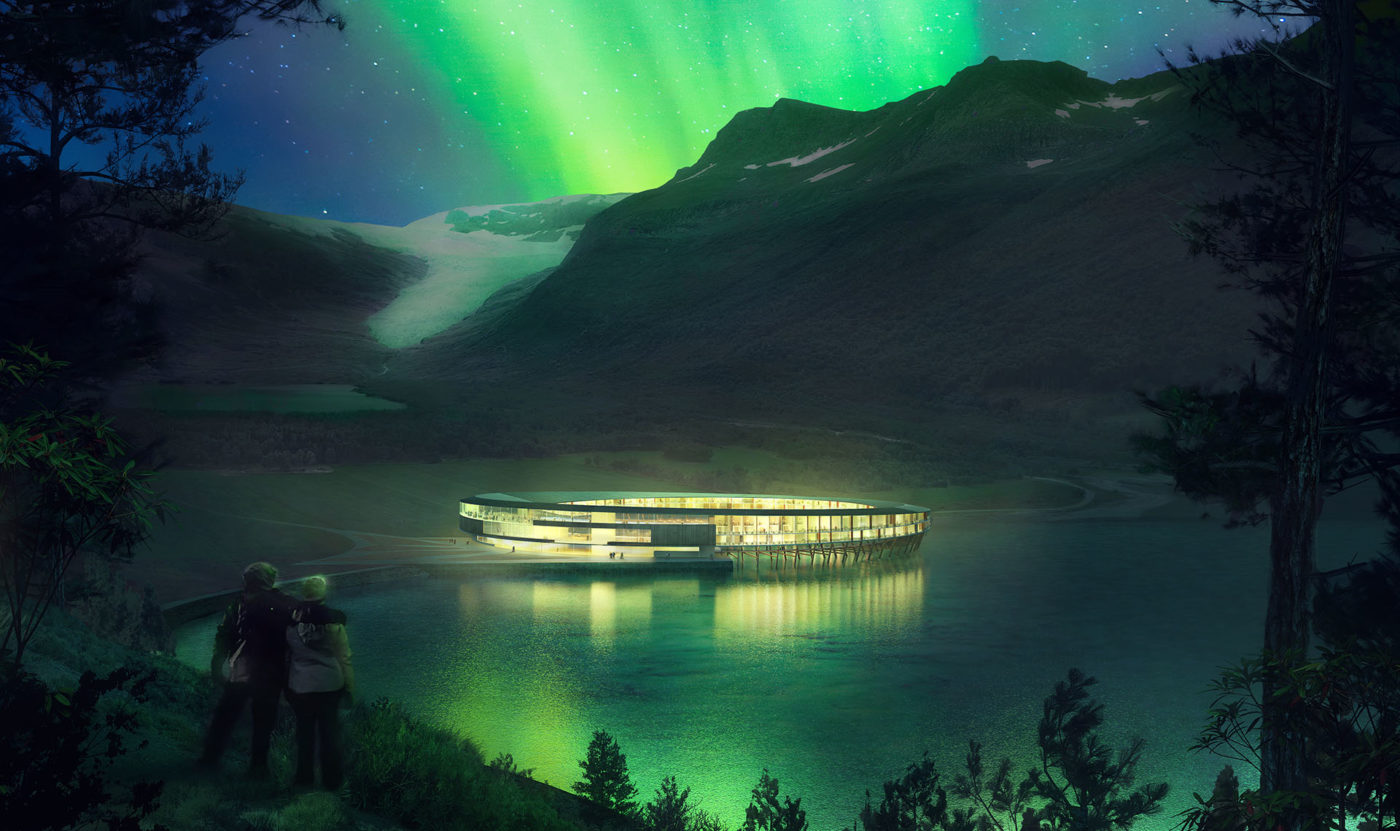 As the world seeks ways to reduce its carbon footprint over the next crucial decades, travel will have to do its bit too. There are many areas where action is required, such as reducing the impact of flying, increasing recycling in hotels and making food and drink more sustainable.

But as the tourism industry primes itself for big changes ahead, some of them forced upon it, few initiatives match the ambition, or the sheer beauty, of the Svart Hotel, now nearing completion on the crystal-clear waters of the Holandsfjorden in northern Norway.

When the circular building, just inside the Arctic Circle, opens for business in 2022, it will be one of the most environmentally-friendly hotels in the world, reducing its yearly energy consumption by approximately 85% compared to a conventional modern hotel.

Svart will do much more than operate on renewable energy, as many hotels around the world already do. It will actually produce more energy, largely from its solar panels, over its lifetime than it will use.

And that includes, as well as the energy used in the day to day running of the building, the energy consumed in the construction materials, and the energy harnessed to take it apart after its projected life of about 60 years.

The hotel will have about 100 rooms, an onsite education and design lab, and a sustainable farm producing ingredients for the hotel’s four restaurants.The company behind Svart is Arctic Adventure of Norway. Its ambition is to become a pioneer of sustainable tourism in Northern Norway.

The hotel was designed by Norwegian architects Snøhetta, whose portfolio includes the International Centre for Cave Art (Centre International d’Art Parietal) in Montignac, France, housing a facsimile of the prehistoric Lascaux cave paintings. In 2004 Snøhetta was commissioned to build the only cultural building on the World Trade Center Memorial site.

Fast Company recently named it “one of the world’s most innovative companies” for the second year in a row for its pioneering carbon-negative buildings that generate more energy than they consume.

Part of Snøhetta’s brief was to leave a minimal environmental footprint in a pristine landscape – the site is at the foot of the Svartisen glacier in an area of very precious nature. The circular building extends from the shoreline over the clear waters of the fjord. It will be supported on weather-resistant wooden poles; its designers envisage an almost transparent appearance, with a minimal physical footprint. The plan is to link it to the nearest settlement by energy-neutral boat.

Hotel rooms, restaurants and terraces are designed to exploit the sun’s energy throughout the day and seasons. The roof will be covered with Norwegian-made solar panels produced with clean hydro energy, further reducing the carbon footprint. Annual production of solar energy will be significant.

In the winter, when the sun is low in the sky, large windows will make the most of whatever sunlight is available. Continuing the green theme, all the therapies at the Svart’s Spa will use 100% locally-grown natural products, herbs and marine ingredients. 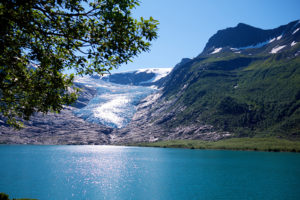 Svart is the world’s first hotel built to the energy-positive Powerhouse standard, which originated in Norway – it is a collaboration between Snøhetta, Entra, Skanska, the ZERO Emission Resource Organization and Asplan Viak. It certifies buildings that produce more energy over their lifetime than they will use.

There are already many energy-positive buildings in use or under construction. But Powerhouse does more. It goes beyond energy performance and generation to include the full lifecycle. The entire ecological footprint of the building, including embodied energy of building materials and decommissioning at the end of its life – Roughly 60 years – must be offset by its own energy production.

To be certified a building must – “during its lifetime produce more renewable energy than it uses for materials, production, operation, renovation, and demolition.”

The Powerhouse standard insists there be there is “no free ride” with ecologically harmful materials that are not recyclable at their end of their functional lives. Insulation and even solar panels have a carbon footprint of their own, which can vary wildly depending upon where they were are produced and what source feeds the grid in a particular region. Svart’s Norwegian solar panels made with hydro energy close that possible loophole. And the solar power it produces will fuel the boat shuttle operation.