National Trust members are being asked to vote at the organisation’s AGM in November (2022) on a motion asking the Trust to reconsider its support for the Government’s scheme to dual the A303 across the Stonehenge World Heritage Site (WHS), including twin-bore tunnels, in view of the Examining Authority’s recommendation, the High Court Judgment, UNESCO’s threat of WHS de-listing, and the urgent need to address the climate emergency; and to press instead for a sustainable solution to A303 traffic congestion that would cause no further damage to the WHS.

A committee in Wales has published detailed proposals for addressing traffic congestion, as an alternative to building a £1.6bn 14 mile motorway bypass.

That happened in 2020. It was a highly usual step. Normally big road schemes are approved or scrapped, either forever or to be revived at some later date. Other solutions are not considered.

But here is a comprehensive list of evidence-based recommendations on how to alleviate congestion in a sustainable way. They included building more railway stations and establishing bus and cycle networks.

How is this relevant to the proposed Stonehenge tunnel, still being actively promoted by the Secretary of State for transport even after the scheme was overruled by the High Court in 2021?

Firstly, this is an important precedent showing that there are practical, lower-cost alternatives to major road schemes worth considering.

Secondly, because it illustrates the wide gulf between England and Wales when it comes to planning for the future.

There are similarities between the £1.7 billion Stonehenge tunnel and the scheme to bypass the congested M4 at Newport with a six lane relief motorway.

The tunnel is principally designed to unlock traffic queues and cut journey times to and from the West Country. It has a subsidiary purpose, which is to take traffic out of eyeshot of the stones on the 5000 year old World Heritage Site.

The M4 relief road was promoted to solve chronic traffic congestion around the two lanes each way Brynglas Tunnels, on the principal road into Wales. In pure traffic-flow terms, its case is stronger than the Stonehenge tunnel. Yet despite winning the backing of the independent inspector, the scheme was rejected in 2019 by the Welsh Government’s First Minister Mark Drakeford. And, in part, for a reason that does not apply in England. Or at least, not yet. 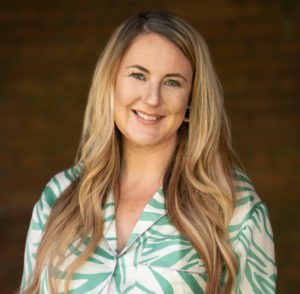 In 2015 the Welsh Government passed the Wellbeing of Future Generations Act. Unique to Wales, it requires public bodies to consider the long-term impact of their decisions. Sophie Howe, Wales’s first Future Generations Commissioner, was a prominent opponent of the M4 relief road.

There is no equivalent to her office in England. (A private member’s Wellbeing of Future Generations Bill is currently before Parliament.) Under current legislation the Westminster government has no obligation to consider the consequences of the Stonehenge tunnel for future generations. However under the current bill public bodies would be required “to act in pursuit of the United Kingdom’s environmental, social, economic and cultural ( my italics) wellbeing” by, among other things, “publishing future generations impact assessments.”

There’s a good argument that the proposal in its current form could have a negative impact on the appreciation and enjoyment of the stones for hundreds of years to come. (In the current scheme the two portals for the tunnel would sit inside the World Heritage Site boundary, causing “substantial harm” to its significance, according to the government’s independent examiners. And even if the the tunnel were to be filled in at some time in the future, the damage to the integrity of the WHS could never be reversed.)

The South East Wales Transport Commission was set up to look at alternative solutions to the problem of congestion on the M4 in Newport. The main recommendations are:

£800m should be invested in public transport to help ease jams on the M4.

Triple the number of train stations between Cardiff and the River Severn, from three to nine, and create more bus and cycle route networks.

A “workplace parking levy”, and ensuring public transport was “affordable for all”, to encourage people out of their cars.

Better integration and coordination of rail and bus networks and integrated tickets across all services. 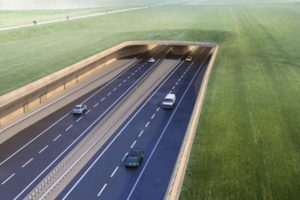 How Stonehenge tunnel would look

The Stonehenge and Newport schemes are not directly comparable. For one thing, the Welsh Government has the final say on infrastructure schemes such as this. In England there is no equivalent delegation of powers. Such decisions are taken at Westminster.

But while the alleviation measures proposed in Wales, for a heavily populated transport corridor between Newport and Cardiff, might not be appropriate in relatively lightly-peopled West Wiltshire, Stonehenge, too, might benefit from an examination of alternatives to sinking a tunnel, with associated dual carriageway, within a World Heritage Site.

It is quite possible that two of the immediate issues at Stonehenge, noise and pollution, could be solved by existing and developing technology in the space of 30 or so years, with the mass introduction of electric vehicles, and automatic driving systems that allow cars and commercial vehicles to make better use of road space, enabling them to be shuttled past the stones in steady speed convoys. 100 years from now, still a short span in the life of Stonehenge, transport technologies unimaginable today might have developed to make the very notion of today’s trunk road outdated.

But the fundamental gulf in governance remains. The decision by Grant Shapps, former Secretary of State for Transport, is a clear example of short termism, building a road to provide immediate relief for the next generation or so; while the decision in Wales was made with regard to the long-term welfare and interests of children yet unborn.