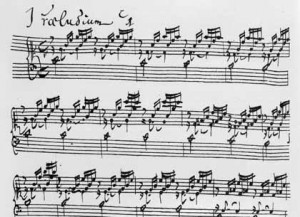 Tis the season to heap hosannahs on WKCR.

Many of us have a Christmas tradition,  a favourite film, or a meal or a gathering in the pub with friends, the local carol service, that mad scramble through our town in that last minute shopping trip.

I do all that too, but I have another, more ethereal observance. It is the annual eight day Bach Festival from WKCR (part of Columbia University) in New York. WKCR broadcasts recorded music by Johann Sebastian Bach, and only Bach, non stop through the day and night. It is one of the uplifting things on radio at this time of year.

WKCR has broadcast the festival, which this year runs from from December 24th until December 31st, for many years. It does not need to give a reason, but does anyway on its website, noting J.S. Bach’s “unparalleled influence on the Western classical tradition”. It might add, but doesn’t, that, in an age of growing division, hate and intolerance, and the elevation of mediocrity, we need all the reassurance that comes from contact with undimmable genius we can get

It’s the ultimate aural security blanket. Switch on (you can listen on a digital radio ope computer) at any time of the day or night and you will hear a partita, a chanconne, mass, cantata or concerto, without ad breaks or previews or promotions.

Each day of Bach Festival 2016 will feature one or more of Bach’s masterpieces.

Its announcers are real and in the studio. Throughout the Bach festival they are joined by guest scholars and performers “to provide unique perspectives on the different facets of Bach’s legacy”.

So whenever your spirits flag over this long, and sometimes stressful holiday period, Bach, with his prodigious output,  is there, the press of a radio button or computer key away, raising believer and non believer alike to a musical heaven.

(The station is free, on the internet. If you make a donation from the UK, they acknowledge it with the appropriate US Internal Revenue form.)