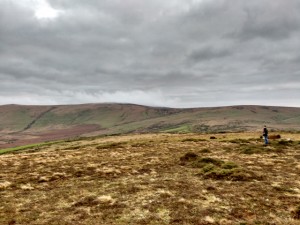 Preseli Mountains, near Bluestone, Pembs. Photo by the author

I was at Bluestone in Pembrokeshire in December, 2015, on an important weekend. On the Saturday, the 12th, world governments concluded the Paris Climate Agreement. It was a pivotal moment in the story of the world about us. What would we, as individuals, do? What would governments and industries do, to met those targets of keeping temperature increases to 1.5C? (We now know that the possibility of  staying below 1.5C is looking increasingly remote.)

And what about the sector I write about – the tourism industry? It turned out that, without planning it, I was staying at a place that had already been trying to do some impressively positive things to limit its impact on the environment.

Of all the places I stayed at in 2015, Bluestone seems to be doing most for the environment.

A word of caution. Businesses routinely parade their green credentials, boasting that environmental responsibility is central to their ethos. Bluestone do this too. So how well do they deliver?

You might ask, on arrival, if this is the appropriate site for a holiday village in the first place. After all, couldn’t they locate 300 new houses in a less delicate environment than these 500 countryside acres, most of them within the Pembrokeshire Coast National Park. I began my stay at the resort with those thoughts.

We arrived at the Bluestone National Park Resort, near Narberth, in the dark on a December evening. Next morning, in the light, I could see that the owners had tried hard to make the development blend into two deep valleys, surrounded by farmland. The holiday homes, arranged in several tight huddles, were finished in subdued and inconspicuous greens and browns.

The resort is planting many more trees to surround the development than you would ever expect farmers to do. Around the resort’s entrance at the top of the hill the owners are joining up two ancient woodlands (it’s not possible to recreate the complex structure of an ancient woodland, but you can at least plant suitable trees and vegetation). This is part of the Wales’ first Diamond Wood, a project to create 60 woodlands in the UK to celebrate the Queen’s Diamond Jubilee.

Customers can read about Bluestone’s environmental philosophy on the website – “Don’t waste energy; don’t pump noxious fumes into the air; don’t send all your rubbish to landfill; don’t throw away stuff you or someone else can re-use; don’t buy from a thousand miles away when you can get the same thing or better locally.” And that central tenet of sustainability – “Not to do anything today which our children will have to pay for tomorrow.”

We stayed in a large group of several dozen adults and children, and the subject of what Bluestone was doing for the environment did not come up in conversation. The main thing guests would have noticed was the choice of two bins in the kitchen, one for general waste and one for recycling, and the convenient collection points outside.  People are there for a break, not an ecology course,  although I’m sure people would have been interested if the detail had been pointed out to them.  (We were staying at the resort over the weekend when world governments reached agreement at the Paris climate talks,  and who knows what significance the date Saturday , December 12, 2015  might have in the history of saving the planet.)

Our house was one of a number with a solar panel on the roof,  and this was the spur to make me check online what Bluestone was doing. This is a solar gain panel ( the type that heats the water,  rather than generating  electricity, although there wasn’t much generated on a rainy December weekend).  These panels can meet an average of 70% of the energy needed for domestic hot water over a year.

The biggest thing the resort does for the environment is to use miscanthus as a biomass fuel to heat the Blue Lagoon and the Adventure Centre. Miscanthus, also known as elephant grass, is grown by local farmers. It is then mixed with wood chip and burnt in the energy centre.

Bluestone started harvesting miscanthus just after the complex opened, in 2009, in a scheme under the direction of Pembrokeshire Bio-energy.  Blue Lagoon is thought to be the only biomass heated water park in the world.

The resort opened –  fortunately just ahead of the Recession – in July 2008.  Most of the properties are lodges, triple glazed and extremely well-insulated, so they require very little energy. (This is not a new concept, although it is surprisingly little used in new housebuilding in the UK). Lodges are built from European whitewood sourced from sustainable and “correctly managed” forests.

The site has a “state of the art” automated waste water treatment plant. Waste water flows through a series of settlement and biological treatment chambers before passing through a membrane filtration system.

There is, of course, one big environmental elephant on the site.  There is a railway station not far away, but I suspect almost everybody (including us, and our friends) came by car.  And those are cars powered by fossil fuels, although they may have been some hybrids. I did see some charging points, but then realise they were exclusively for the little electric buggies you hire to move around a very hilly site. (I didn’t see a single electric car anyway).

Many of us use petrol and diesel powered cars to drive to our holidays (we did) and it is unreasonable to expect a holiday company to promote the form of transport which has such a tiny take-up nationally.  It is up to Bluestone customers  how they choose to travel. That said, perhaps Bluestone would consider a token electric car charging point in the car park.

The resort’s managers bought the company in 2013, which ensured  the resort stays in Welsh ownership and control. It employs 500 people in Pembrokeshire.

Their policy is to buy locally, employ locally and fit in with the local environment. “We don’t claim perfection, [or] to have all the answers, but as far as we can, we walk the walk.”

I liked what I saw, and will follow the complex’s expansion (building was under way while we were there) with interest.