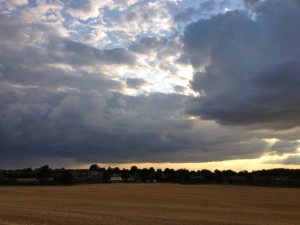 Today, August 4, 2014, must be the most important anniversary any of us have lived through, apart from our own birthdays and key family events. I have looked again at the BBC’s excellent “37 Days”, to try to make sense of that sudden lurch to the biggest catastrophe in human history. (Ironically, the BBC didn’t re-screen the three-part drama documentary just when we might have wanted to see it most, during those very days when the decisive political action of 1914 was taking place. I found them, free, on an American website.)

I was surprised to read about how naïvely exuberant, and almost celebratory people were in central London that night just after war was declared, after 10 PM on August 4, 1914. There’s an account here.

European leaders had the choice, then, to pull back, although, watching “37 Days” again, it does seem they were irrevocably locked into serious military conflict from about 10 days out. When they repeat this looking-back exercise in 2039, that agony of choice won’t be there. We won’t ponder in the same way on how war might have been avoided.

Will there ever be another anniversary like today’s? I doubt it. Whatever military horrors lie in wait, they are likely to be far more rapid and – we should hope – more localized. There is no point in dwelling on that here. I believe we have, to a certain extent, learnt from those two enormous tragedies, even if it is the supreme threat of nuclear annihilation, rather than political wisdom, which makes that sort of all out war so unlikely.

The point about the centenary of the start of the First World War is that it draws our attention like no other date in history. There is scarcely a recorded event, from local and human to international and strategic to escape the gaze of the historian and documentary maker.

The First World War was the disaster that defined the 20th Century. Our century is still too young for us to draw a list of potential candidates for our own times. But while we can’t be sure about where religious fundamentalism and regional conflict might take us, one entirely predictable looming disaster stands out above all others. Climate change.

In its impact on our lives and world, it could be as big as the 1914–18 conflict. In the long term, some might argue, with similar loss of life. And while, on 28 June, 1914, just before the Archduke and his wife were assassinated, it was perfectly possible that events could have unfolded in quite a different way, 37 days later, 28 June, 2014 was no different to August 4, 2014, in terms of where we stand on impending climatic disaster – If we are to believe the conclusion of the overwhelming majority of scientists and informed commentators in the field.

This is this big difference between the coming catastrophe of August 1914 and today. Then it was conceivable that, simply by standing back and not initiating action, war could have been avoided. Today the opposite needs to happen. Inaction will lead to such a rise in temperatures by the end of the century that life for many millions will be very uncomfortable indeed.

I first wrote  about climate change 25 years ago, when it felt like an interesting and potentially very serious issue which I assumed would be addressed with appropriate (nonpolitical) attention, and where, in due course, determined corrective action would be taken. When? I don’t think we thought about a date, but I would have been astonished if someone said that, a quarter of a century later, we were only now thinking about serious targets.

“Extreme weather events” – portents of climate change, even if they are not firm proof in themselves – appear to be happening more frequently, and randomly. Record breaking drought in California and July rain in Switzerland, and record temperatures in the Canadian Arctic? Still not proof, but entirely consistent with the experts’ prognosis.

At the same time things are beginning to stir. Since I first thought of writing a piece such as this last August, I have read at least six serious, doom-laden articles on the subject. But I have also read more positive pieces that in the entire time I’ve first been aware of the issue.

Take this, only today. (Read the comments, and, as usual, you are left in utter confusion about whether to draw comfort or despair, from so many articulate, apparently well-informed but baldly contradictory people.)

The rapid growth in renewable energy, particularly solar power in Germany, in such a few years seems to me a genuine cause for optimism, because it is such an unambiguous and visible advance. It is hard to see how this ever cheaper technology can be seriously slowed, and how it can not become much more efficient and sophisticated.

The divestment movement is another bright development. If temperatures are to be kept to no more than 2°C, much of the fossil fuel giants’ reserves must remain in the ground. The argument runs that their share price is sustained by the expectation that governments will not demand that they meet that target. And they will deploy enormous lobbying and PR resources to make sure they don’t have to. But that divestment is really happening. The Quakers and the British Medical Association are two recent examples of bodies taking their investment out of fossil fuels.

We face a very uncertain future. I don’t think people are sufficiently concerned to put pressure on their governments to make them change. Governments must act because they know more than we do, through the briefings from their chief scientists.

Paradoxically to change course sufficiently to limit temperature rises to a level, around 2°C, which will give the world a fighting chance of avoiding the worst consequences, will require just the sort of decisive action the leaders of 100 years ago took when they chose war.

If we carry on as we are, there won’t be an anniversary sometime in the early part of the 22nd century, on a poignant August day like today, when people will look back and say, “if only”.

Instead they will be an accumulating catalogue of increasingly extreme weather events, and disasters that will be linked to climate change, but where the total certainty of cause and effect will be missing until it is too late, and all our efforts will have to be directed towards mitigation.

If the politicians do, however, decide on the sort of action normally reserved to countries in full military mode, then it is possible that those who come after us will be marking certain key dates, around 100 years from now. And unlike 4 August 2014, they may even be celebrating them. Mid December 2015, for example, when governments sign a binding treaty at the UN climate talks committing themselves to firm action to cut C02 emissions?