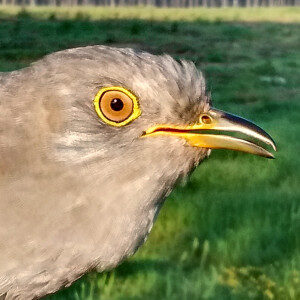 Silence in the countryside is usually a good thing. If that means the absence of road traffic, aircraft noise and man-made bustle allowing us to better appreciate the sounds of nature.

But not if silence is a gaping aural void left by something as familiar as the cuckoo. We are too far into the decline of this most familiar of springtime birds  – down by 68% in England since the 1960s – not to recognise it as a crisis. I live on the edge of a village close to the Chilterns, 35 miles north of London. For the first 20 years of our time here, hardly a day went by from the last week of April until June without us hearing its insistent call across nearby fields. Then it became intermittent. Then a cheering oddity. Now it’s 2022, and I’m not sure I will even hear it this spring and summer.

Back in 2009 the RSPB’s Director of Conservation, Mark Avery, called the cuckoo’s decline “scandalous”. Was the bird an early victim of climate change? Were earlier springs a cause? If the cuckoo’s host species nested earlier, did that leave arriving cuckoos (keeping roughly to a mid or late April or early May arrival) too little time to lay their eggs. There may be a link here, but it now seems the story is more complicated.

Cuckoo numbers are declining in the UK, but with marked regional variation. While the birds have slumped in England, numbers have increased by 33% in Scotland, and the bird more common in Wales too. So what is going on?

The BTO (British Trust for Ornithology) quickly took up the research challenge after Avery’s remarks, tagging adult cuckoos with miniature transmitters and tracking them to their wintering grounds in Central Africa. Until then researchers  knew little about cuckoo movements on migration, or where exactly in Africa they spent the winter months. Before this project, there had only been one recovery of a bird, ringed in the UK. It was found in mid-winter in Cameroon, 82 years earlier.

Now, after ten years of close monitoring of over 80 tagged birds, the trust now knows a great deal about migratory routes to and from the Equatorial region, the exact dates of the bird’s movements and when and where they arrive in the UK.

But where are the cuckoos going when they get here? A PhD student’s paper, published in 2018, sheds light on what appears to be a shift in the cuckoo’s preferred breeding sites, from its traditional territory of Southern Britain, to Wales and Scotland. (And it was in Scotland, as if to underline the point, where the first cuckoo tagged by the BTO appeared this year, on April 20th.)

Chloe Denerley, at Aberdeen University, and her fellow researchers noted: “The core distribution of cuckoos has shifted from south to north within the UK. …declines have mainly occurred in lowland agricultural landscapes, but their mechanisms are unknown.”

The researchers analysed breeding season distribution of cuckoos in Devon and nationally, in relation to habitat variation, the abundance of host species and the abundance of certain moth species.

In Devon they found that cuckoos were more likely to be detected in areas with more semi-natural habitat, with more meadow pipits but fewer dunnocks, and where, later in the summer, higher numbers of moths were captured whose larvae are cuckoo prey.

Nationally, they concluded, cuckoos have become more associated with upland heath characterised by the presence of meadow pipit hosts, and with wetland habitats occupied by reed warbler hosts.

“By the end of 2009, the abundance of macro-moth species identified as prey had declined four times faster than that of species not known to be taken by cuckoos. The abundance of these moths has shown the sharpest declines in grassland, arable and woodland habitats and has increased in semi-natural habitats (heaths and rough grassland). Our study suggests that cuckoos are likely to remain a very scarce bird in lowland agricultural landscapes without large-scale changes in agricultural practices.”

For its part, the BTO also sees changing farming practises as “a significant factor.” It sees “no evidence that [the decline] is due to reduced numbers of young cuckoos being produced; although data on productivity is limited, studies have found no evidence that the availability of host species, such as reed warbler and meadow pipit, is driving these declines.”

A separate piece of research (David J. T. Douglas, Stuart E. Newson, David I. Leech, David G. Noble, Robert A. Robinson, 2010) found that, due to climate-induced changes in the timing of breeding, availability of dunnock nests has decreased, but that availability of reed warbler nests has increased. Although there is no evidence that the timing of cuckoo breeding has changed, the paper concludes that these changes are likely to have had only a minimal impact on [the cuckoo’s] population trend.

Data from the BTO tagging programme suggests another possible contributory factor in the decline, something happening on the bird’s western migratory route over Spain.

“Across the first four years of the project, we found that cuckoos migrating via Spain were much more likely to die before they reached sub-Saharan Africa than British cuckoos that migrate on an easterly route, over Italy. We also found that the birds using the Spanish route came from those parts of the UK where the species is declining.”

But more work needs to be done, and the question is – does the cuckoo have time, particularly in southern Britain? Changes to farming practises may well help the cuckoo, but six years after the Brexit referendum, with the UK now in total control of its agricultural policy, promised changes to the farming landscape, which includes payments to farmers for “public goods”, have still not come into effect. The fast-growing rewilding movement has already scored some significant successes, such as the reintroduction of beavers into busy Southern Britain, as well as the quieter Celtic fringes. But rebuilding cuckoo populations in their traditional territories may not be so easy.

For example, in the fields near my house where I used to hear the cuckoo so regularly little has changed. Fields are cultivated or cut for grass. There is no new development; hedges haven’t been grabbed up. Are farmers, perhaps, using different chemicals to enhance the grass? I don’t know, and outside of appeals on Springwatch, it’s hard to know how to make the public interested.

Yet if landowners had the will, and were tempted by financial incentives, could this landscape, whose only current value is to grow grass for animal fodder, be made more attractive to nature?

Positive action in this particular landscape still seems a long way off, however. Meanwhile that spring silence continues to trouble me. But the research goes on.