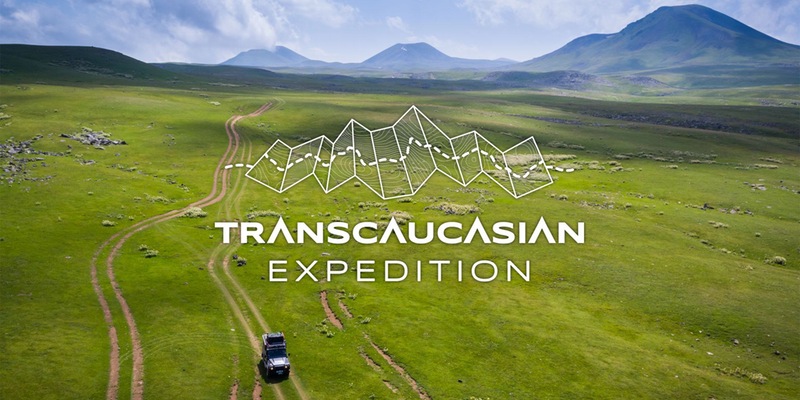 The Transcaucasian Trail project is working towards transforming the ancient connecting routes of traveller and shepherds in Georgia and Armenia into world-class hiking and biking trails. As of January 2020, several hundred kilometres of trail exist. There are spectacular treks through the regions of Svaneti, Racha, Mtianeti, Khevsureti, Tusheti, Lagodekhi National Park, Borjomi National Park, and Dilijan National Park

The entire trail may take a decade to complete, and several months to hike in its entirety. Hikers joined the first fund-raising expeditions in the summer of 2018.

There are many great walks in the world, and some of the finest travel writers have written about them. The epic trek, in the cause of exploration, commerce, pilgrimage, holy war, cultural stimulation and, latterly, recreation is as old as recorded history.

Eric Newby took his A Short Walk in the Hindu Kush in 1956, while Patrick Leigh Fermor walked the banks of the Rhine and the Danube for A Time of Gifts in 1933. These books represent the peak of inspiration for travel writers and explorers today.

And yet there are many fabulous long-distance routes, still walked by local people, yet to be studied and mapped and presented to today’s questing traveller. The advantage the adventurer has today is technology, with more than a little help from a rugged all-terrain vehicle has been around since the 1940s.

The ongoing survey work on the the Transcaucasian Trail (TCT), the subject of a public lecture at the Royal Geographical Society in London on February 1st, was given a considerable boost through a bursary from Land Rover.

A team spent much of 2016 mapping what will be a 2,000-mile hiking route the length of two of the world’s wildest and most diverse mountain ranges, as big as the Alps and the Pyrenees combined – the Greater and Lesser Caucasus. They were based in an adapted Land Rover 110 Station Wagon, carrying the latest GIS technology. (Geographic information system is a system designed to capture, store, manipulate, analyze, manage, and present spatial or geographical data.)

The RGS-IBG Land Rover Bursary expedition lecture will be given by expedition leader Tom Allen. Allen, “adventure filmmaker, author and entrepreneur”, has taken on challenging and remote journeys in 50 countries on foot, by bicycle, by kayak and on horseback.

Living in, and working from, their Defender, a team gathered data about the largely uncharted network of dirt roads and inter-village trails in a culturally unique and ecologically diverse corner of the world.

Several hundred kilometres of trail exist. There are already rewarding treks through the regions of Svaneti, Racha, Mtianeti, Khevsureti, Tusheti, Lagodekhi National Park, Borjomi National Park, and Dilijan National Park. In the shorter term, the organisers plan to open substantial stretches of many miles, which should provide some satisfying walking in a region known to few apart from hardy expeditioners.

In the longer term, the intention is to open the first long-distance hiking route the length of the Caucasus Mountains, connecting diverse communities and ecosystems, with benefits for people and the environment.

The website acknowledges that “building a trail in a region with breakaway territories and frozen conflicts won’t be easy, and it may take many years, but we believe it is possible. People have crossed these mountains for centuries and we hope it will become easier in the decades ahead. By starting to build a trail we would like to help spur more positive and ambitious approaches.”

The project’s aim is to help preserve the Caucasus’ rich cultural heritage, and support rural development and sustainable tourism at the same time. You’ll probably have to fly to the region, but otherwise when you take this route you will leave some pretty low carbon footprints.

One of the companies behind the project is Go Barefoot, whose director and founder James Scipioni sits on the TCT board. Go Barefoot, “driven by a social and environmental ethos” develops community based and ecotourism initiatives. It designs “tailor-made ecotourism adventures and immersive cultural discoveries”, away from the conventional, commercial tourist circuits

Scipioni, active in the climate change and conservation sector, commented: “The expedition has raised the profile of the Caucasus’ spectacular landscapes and culture. It is an essential step in the creation of something for any hiking and nature lover to aspire too.”

Over the next five years, the Transcaucasian Trail (TCT) project aims to develop trail network, linking 24 existing and proposed national parks in the region. There will be two intersecting trail corridors, each about 1500 km long. One east to west corridor will connect the Black Sea and the Caspian Sea; the other, oriented north to south, will connect the Greater Caucasus and the Lesser Caucasus.

Sections of this trail already exist, crossing the great valleys and passes of the Caucasus. Local people, shepherds and explorers have used them for centuries to get from village to village in the mountains. But large parts of the network have deteriorated in recent years, and are not easily followed by visitors.

The RGS-IBG Land Rover Bursary is run by the Royal Geographical Society (with IBG) in partnership with Jaguar Land Rover.  The award is aimed at those who want to take a journey “beyond their limits”, that offers challenges for the team and for which a Land Rover Defender is an integral part of the project.

The Transcaucasian Trail Association (TCTA) is a non-profit organization based in Washington, DC, with team members in London, Yerevan, and Tbilisi.