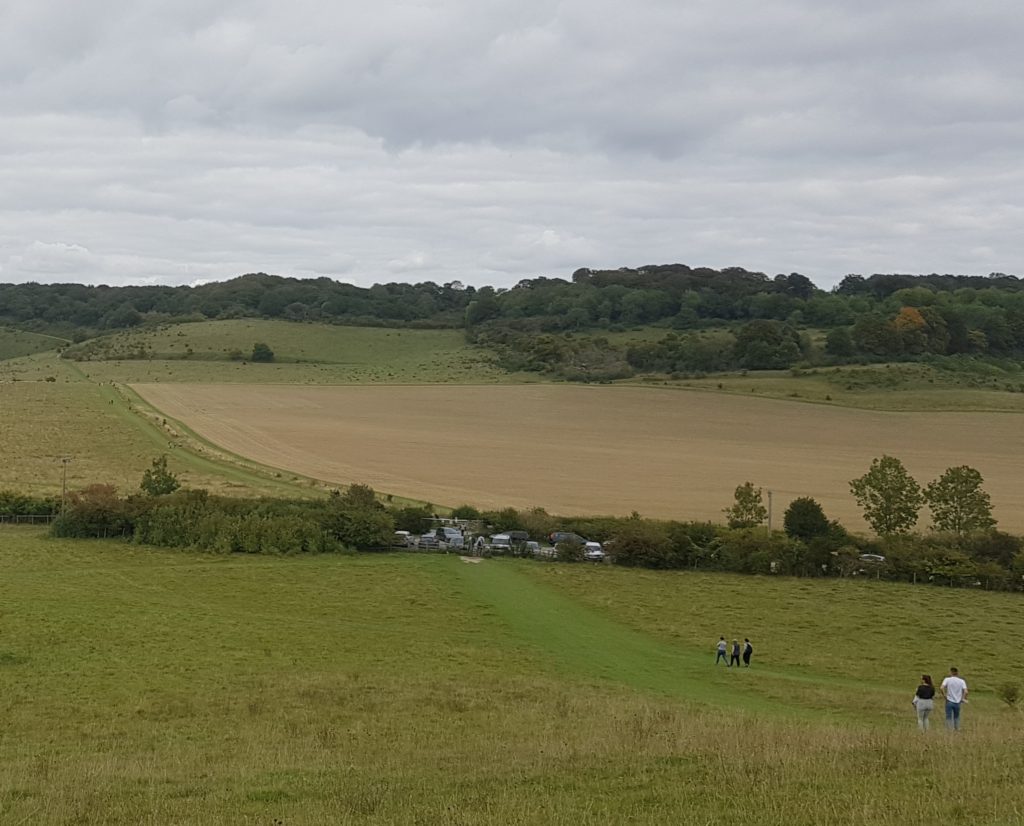 25 years ago this month (September 1995) signs began to spring up on roads leading into some of the most attractive landscape in England and Wales.

In addition to already well-known beauty spots, such as the Chilterns, the Surrey Hills and the Cotswolds, the sites included less nationally-famous places, such as the Clwydian Range, Nidderdale and the Howardian Hills.

The signs bore an appropriate logo, such as a tree and a curvy line, for a sweep of hill. Putting them up was a low-cost but conspicuous strategy by the then Countryside Commission to sharpen up the image of what was at the time seen as the “Cinderella” designation, the AONB, (Area of Outstanding Natural Beauty) – the landscapes range from rugged coastline to water meadows to gentle downland and upland moors.

AONBs – there are 46, 33 of them in England, four in Wales, one which crossing the English/Welsh border and eight in Northern Ireland – and the National Parks (10 in England, 3 in Wales and 2 in Scotland) were the product of the National Parks and Access to the Countryside Act 1949. But it was never Parliament’s intention that National Parks should be considered the premier league of beauty spots, with AONBs as the Second Division.

(My pick of the AONBs)

The act sees AONBs and National Parks as of equal importance in terms of landscape and scenic beauty. The National Planning Policy Framework (2012) brackets them together in relation to planning and other sensitive issues.

AONB and National Park authorities have duties in common. Both must conserve and enhance an area’s natural beauty, But National Park authorities must do more. They are to conserve and enhance wildlife and cultural heritage; and to promote understanding and enjoyment of the park’s special qualities by the public. (It could be argued that the wildlife and cultural heritage of an AONB is equally deserving of being conserved and enhanced.)

But what of AONBs today? The signs erected on the roads 25 years ago have undoubtedly raised public awareness of these precious areas, even if the name is somewhat unwieldy for an object of desire. Some may say the commission missed the chance then to replace this clunky set of initials. The more succinct “National Scenic Areas” was floated in 1995, but rejected as too American-sounding. 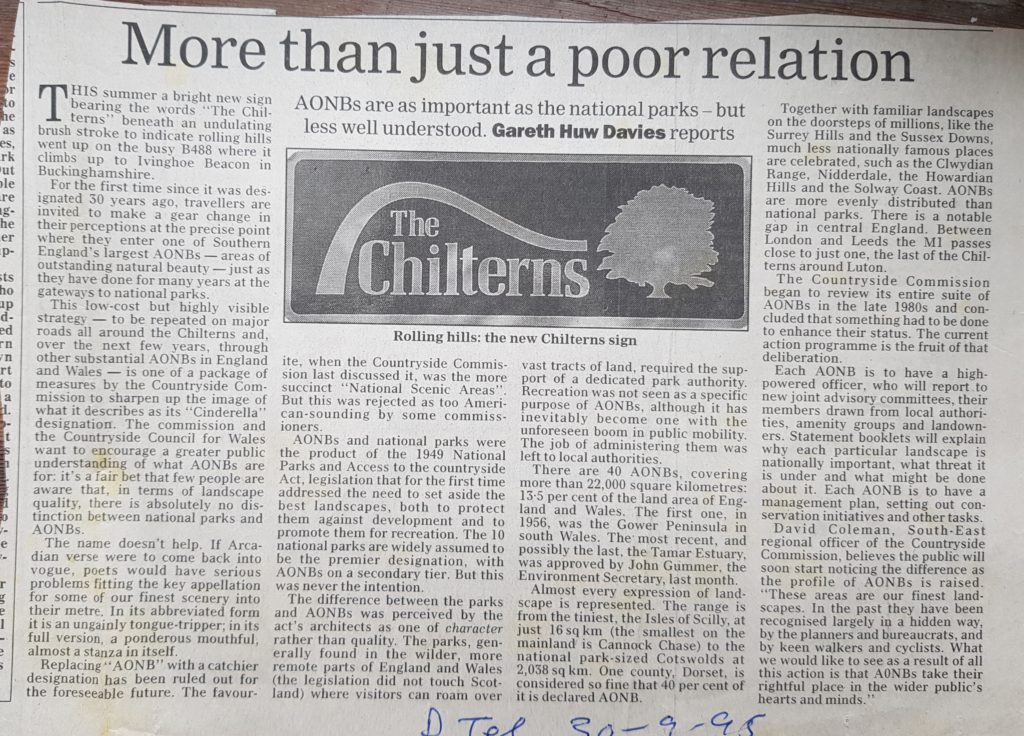