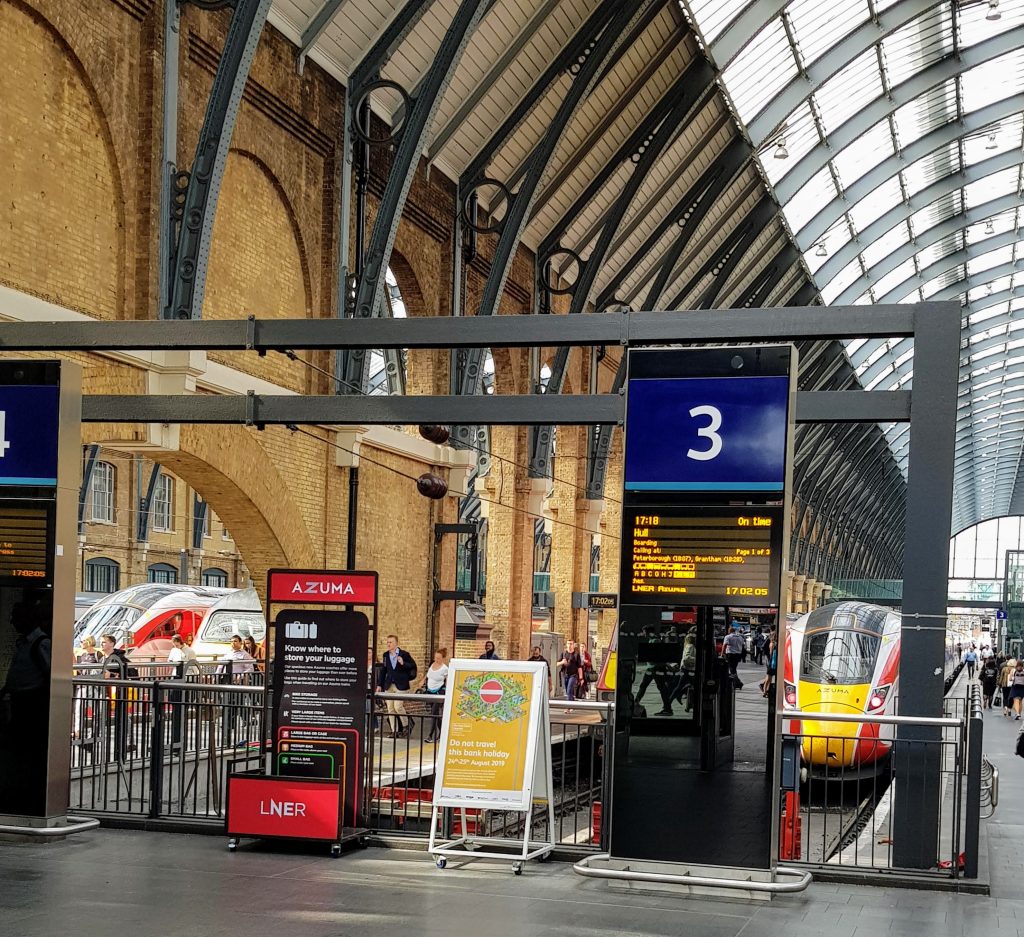 This is the station The Girl on the Train should have passed through, from the West Yorkshire Playhouse to the Duke of York’s in London.

The stage version of The Girl on the Train, adapted from the novel by Paula Hawkins, has just arrived at the Duke of York’s theatre in the West End.

No waiting at faulty signals, or delays by the wrong type of leaves on the line for this play. It travelled directly from the West Yorkshire Playhouse in Leeds last year, by a route the timetable compilers would recognise.

I haven’t seen the Rachel Wagstaff and Duncan Abel’s stage version, in which Samantha Womack stars as Rachel, the befuddled central character who may or may not have seen something terrible as she quaffed her surreptitious G&T on her train held at a red light. But I suspect they miss out Hawkins’ playing fast and loose with the railwayman’s reality.

(Perhaps apposite in the book, because she writes about a person who has an uncertain grasp of what she did or did not actually see from her carriage on her morning commute into London.)

Many of us will know well the place where the main character, Rachel, starts her trip home in the evening, often with a can of G&T from the station Whistlestop store. It is Euston station. A real place. Easy to relate to for any regular passenger on London North Western, Virgin or London Overground services.

After that, timetable rectitude gets derailed. In the book Rachel lives in the fictional Buckinghamshire new town of Ashbury. “The 0804 slow train from Ashbury to Euston can test the patience of the most seasoned commuter. The journey is supposed to take 54 minutes, but it rarely does.” Which is suspiciously like the timing for the real-life trains from real-life Aylesbury, except that they run into Marylebone station in London.

To be fair, Network Rail does a good job these days, and the idea of trains stopping at a red light for several minutes every morning is now a bit far-fetched. And we can’t blame “leaves on the line”: that is an autumn phenomenon, and this book is set in the summer. Besides leaf fall is something that happens, once again, on the Marylebone line.

And where is Ashbury? If it’s not Aylesbury, it could be new town Milton Keynes, but then Rachel would be on the fast, non-stop train, not on the slow stopper, looking out of the window every day in North London.

But it can’t be there anyway, because the Hawkins line then takes an abrupt, and very fictional, veer to the north-west and ends up in Witney, which is a perfectly real place in rural Oxfordshire. It last had a railway station, which would have been served from London’s Paddington station, in 1962.

Does it matter that a writer, who, being British, must certainly have a rough idea about where commuter trains run from and to London, and when riding these trains is an essential, running plot line in her book, takes such liberties with geography?

And yet, provided it doesn’t confuse the reader, and uncouple the plot, is it important? Nobody grumbles if they can’t reach platform 9 3/4 at Kings Cross station by walking through a wall, as JK Rowling has her characters do on their way to… and yes, where exactly is Hogwarts?

It is the writer’s prerogative. Another way of her telling us that she is in charge of this narrative, and that fiction writers can arrange places, and rewrite timetables, however they like, and who are we to try an impose order and exactitude onto their details?

There’s no such thing as fake fiction. Just don’t try buying a ticket to any of those places.

Duke of York's Euston Paula Hawkins The Girl on the Train