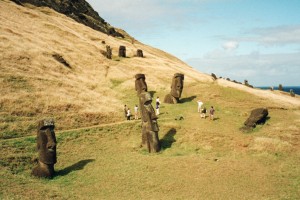 Sir David Attenborough is, by common consent, the world’s master wildlife documentary presenter, the last of the great TV communicators whose career began with the birth of the medium in which he works.

His latest (October, 2014) series Life Story is as epic and  wide ranging as it could possibly be. It tells the story of how creatures proceed through a perilous life in order to continue, against high odds, their own bloodline through their offspring.

And, as is customary with an Attenborough series, we expect nothing less than remarkable images of  creatures demonstrating that fight for  survival, and self-perpetuation,  from around the world, along with film of gorgeous landscapes and natural spectacles.

I’ve been writing about Sir David since the early 1990s, and have interviewed him several times.  My  e-book, David Attenborough – Talking to a Great Broadcaster, is available on Kindle for $0.99, or £0.75 in the UK. Click here

It is based on those interviews, in which Sir David talked about his part in, and the making of, many of those compelling BBC TV series which tell the story of life on Earth. It contains essays and shorter articles by me, with some new material, covering many of the broadcaster’s great series, from the original Life on Earth to Wildlife on One.

Working as a feature writer at the UK broadcast listing magazine Radio Times, I specialised for 11 years in writing on the environment, and the output of the BBC Natural History Unit, which included the Attenborough series.

I also wrote the content for a microsite on Attenborough for the series Life of Birds for PBS Broadcasting (USA).