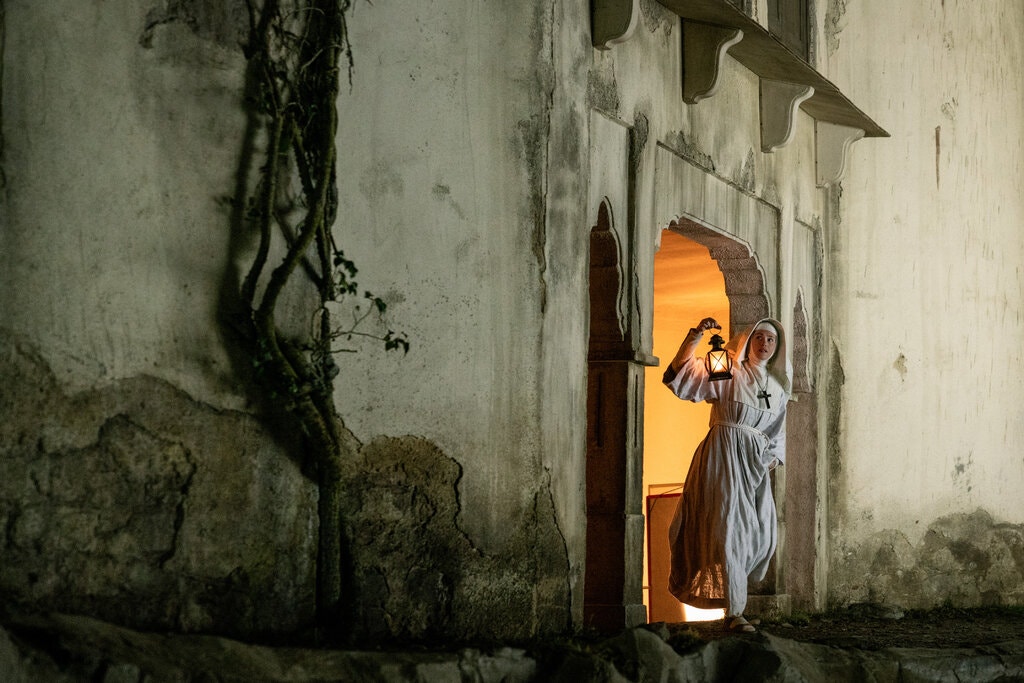 One of the highlights of the 2020 TV Christmas schedule is sure to be the three-part adaptation of Rumer Godden’s Black Narcissus, which she wrote in 1939. It’s the story of a group of nuns setting up a mission in the Himalayas, and stars Gemma Arterton and Diana Rigg.

It is sure to attract big audiences; Miss Rigg appears in one of her last roles before her death last September (2020). But it’s not, by any means, Godden’s most festive creations. That, surely, is the strangely overlooked The Story of Holly and Ivy, set in a Home Counties town full of seasonal atmosphere

Godden was an itinerant and prolific writer. Born in Eastbourne, she lived as a child in India, returning to England for her school education.

The new filming of Black Narcissus, which is directed by Danish cinematographer Charlotte Bruus Christensen, follows an earlier treatment by Powell and Pressburger in the 1940s. The book, described by one reviewer as “a much more genteel cousin to Heart of Darkness”, is set early in the 20th century.  A group of nuns is sent into the Himalayas to set up a school, hospital and convent in an old house on a clifftop. Diana Rigg plays the nuns’ mother superior. Miss Rigg also appeared in the television film of another Godden novel with a similar theme, In This House of Brede, in 1975.

Neither book has a particular association with Christmas. But one of Godden’s best loved children’s books certainly has. 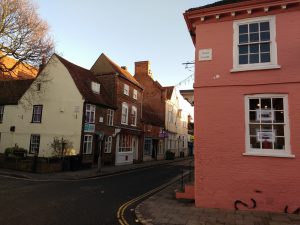 Aylesbury. In such a street Rumer Gooden imagined the girl seeing the doll in a shop window.

Among the places Godden lived in was Buckinghamshire, where, for a short time, she had three different addresses around Speen, 10 miles from Aylesbury. She would almost certainly have known and visited the market town of Aylesbury, which is the location for The Story of Holly and Ivy. Unlike some of her novels, this has never been satisfactorily filmed. Perhaps we should be grateful, for it conjures its magic best on the page.

This warmhearted Christmas fantasy has been a perennial seasonal favourite, on both sides of the Atlantic, since it was published in 1958. It tells the converging stories of a little doll (Holly) in a toy shop in the market town, and the girl (Ivy) who invents a grandmother there in a bid to avoid being sent to an infants’ home when her orphanage closes for the festive season.

Godden set her story in Aylesbury, the “pleasant and clean country town” in Buckinghamshire, “with cobbled streets going up and down”. It’s the place where she decides her fictitious grandmother lives. “Perhaps she had heard it somewhere.” However, in later editions the location was switched to the made-up Appleton.

The Boston Parents Paper named the book one of their “100 Best Children’s Books of All Time”. The Horn Book Magazine, the oldest of the magazines in the United States dedicated to reviewing children’s literature, felt it was “texturally rich and evocatively wintry” and recommended it as a read for the “whole family”. In the UK, The Guardian marked it as one of its “perennial favourites”. 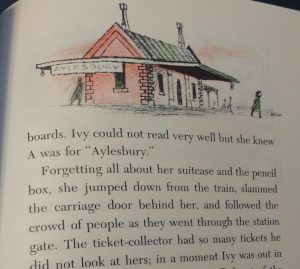 Aylesbury, not Appleton, in earlier editions

There is substantial compensation for Aylesbury, and Buckinghamshire, losing a starring role in the children’s literary pantheon. The excellent Buckinghamshire County Museum is a big draw in Church Street, with the Roald Dahl Children’s Gallery added on to it in the 1990s.