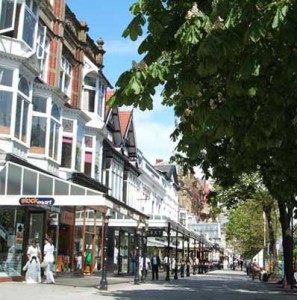 Post-lockdown, might the British return to the seaside like they used to, especially on big beaches with lots of social distancing?

The National Trust reserve at Formby, Lancashire, part of one of the largest areas of unspoilt dunes in Europe. And it is safe haven for some of the few remaining red squirrels in England.

I visited the beach, and toured the adjacent coastline, staying at Southport. There are (were?) beavers, Britain’s noisiest toad, and some of the best asparagus around.

Southport, North West England’s quieter alternative to Blackpool, is one of the classic seaside resorts, it has a grand old pier in renewed Victorian pomp, a spacious shopping street fit for an emperor and sunlit glass-roof arcades.

Visit England named Southport as one of  the best places for shopping in England. It noted that while, in the Northwest, Liverpool and Manchester offer everything from “glittering malls to obsessively run record stores”-  nearby Southport on the Sefton Coast has the famous shopping Mecca of Lord Street.

“Here the splendour of preserved Victorian architecture is matched by the incredible array of goods, turning a shopping trip into something special.”

Outside Paris, you won’t find many grander mile-long boulevards, fringed with covered walkways to keep the rain off pampered shoppers, and elegant civic gardens. Lord Street is an outstanding example of Victorian town planning. I liked the Victorian and C20 paintings in the wonderful little (and free) Atkinson Art Gallery. And the original shopping arcades. Best is Wayfarers Arcade, with its mahogany staircases and glass roof, bathed in sunshine on my visit. Prince Louis Napoleon lived here. Later, as Emperor of France, he asked Haussman to design broad boulevards for Paris. Coincidence?

There’s a happy ending to the story of one of the original “pleasure piers”, opened in 1860. The council came close to tearing it down in the 1990s. But after a £7 million restoration, it reopened in 2002 – at almost a mile, the second longest pier in Britain. A purpose-built tram waited temptingly at the town end. But I took the bracing walk instead, on the wooden slatted deck, far out over the wide, shimmering sands. Pioneer aviators landed here in the early days of flying. My end of the pier rewards included original penny slot machines (”What the Butler Saw” was so innocent). And a good Lancashire cup of tea.  www.visitsouthport.com

Beavers were released in Scotland in 2009, back in the wild after 500 years. But they were in England first, in an enclosure at the Wildfowl and Wetlands Trust’s reserve at Martin Mere, just north of Southport. WWT is diversifying into mammals, but its rare waterbirds of the world are still on noisy and multicoloured display. Among the stars is a big population of avocets, migrants from the Mediterranean. Admission costs less if you didn’t come by car. Walk from Burscough Bridge Station, a mile away. www.wwt.org.uk

Three rare species feature on the Sefton Coast, 12 miles (20 km) from Southport to Crosby. (The Southport to Liverpool train, and the 21 mile Sefton Coastal Path to Seaforth, connects these places.) Easily spotted is “Another Place” – 100 identical cast-iron, life-size figures of himself by sculptor Antony Gormley over two miles of foreshore at Crosby. These eery figures, fixed in the sand, stare into the Irish Sea. Closer to Southport is one of the largest areas of unspoilt dunes in Europe. The National Trust reserve at Formby is safe haven for some of the few remaining red squirrels in England.

“Formby is within the North Merseyside and West Lancashire Red Squirrel Stronghold, one of a few refuges left for red squirrels across the UK. Anytime you visit the woodland areas here you are likely to see a red squirrel.

Are they still at threatened species?

Yes, and we need your help to protect them from deadly diseases by not feeding them.

What is squirrel pox?

There were several confirmed cases of squirrel pox at Formby recently (autumn 2019). The pox is often fatal to red squirrels, which will develop lesions around the eyes, mouth and on the paws.”

“This enigmatic amphibian is nocturnal and can be found in dune pools, or slacks, on warm nights during their breeding season from April to July. The males come to the pools first and call to the females using their distinctive ratchet-like song. These calls can be heard up to a mile away and have given rise to the Natterjack Toad’s local name – the Birkdale Nightingale. The female toads lay strings of spawn in the pools from which tadpoles hatch out. As the dune pools are shallow and warm, the tadpoles develop quickly and the young toadlets have usually all left the pools by late Summer.” – National Trust.

Room with a view

From the balcony of my room in the Ramada hotel I took in one of the widest views in coastal Britain. To the north was Blackpool Tower, far over the curving bay. In the south, the mountains of Wales. The hotel points like the gleaming white prow of a 1930s liner towards Marine Lake, a wide slab of aquatic leisure. One attraction is the Southport Belle, a Mississippi-style paddle steamer. Another big civic statement is the Marine Way Bridge, high over the water, linking the town centre to the seafront Ocean Plaza (a retail and leisure complex). This light and airy hotel, well placed for the seven courses of England’s “Golf Coast”, suits the weekend leisure market the resort is courting. www.ramadaplazasouthport.co.uk

Formby asparagus, grown on the local free draining sandy soil, was once good enough to be served on the Titanic. Now, after years of decline, there is Lottery funding to support local growers, who include the National Trust. They were serving Warm Asparagus and Blackstick Blue Cheese Salad, with Brioche Croutons at the Warehouse Brasserie on my visit. It is part of the chef’s homage to local ingredients. This converted warehouse holds a clutch of awards for its menu, ranging from Roast Pork and Crispy Black Pudding, and Fleetwood Cod and  Parsley Fishcakes to Tuna Sashimi with Wasabi. Its fish is all from sustainable fisheries. www.warehouse-brasserie.co.uk