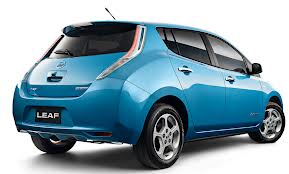 It used to be on every electric car (EV) detractor’s lips, or spoken in its long form, thus: “I wouldn’t buy one of those Nissan Leafs because I don’t want to run out of power in the middle of nowhere.”

Two new words are now replacing the petrol head’s favorite anti-EV excuse. Fast chargers. We don’t hear them too much yet – there are only around 50 rapid charge points installed in the UK so far – but we soon will.

The Dutch government is letting a resourceful start-up install at least one fast charger station, capable of powering up an electric car within 15 to 30 minutes, every 50 kilometers (31 miles).

They will be built by ABB, a Switzerland-based power and automation company. Dutch company Fastned plans to install 201 stations across the Netherlands, from later this year, completing the programme in 2015.

With more than 16 million inhabitants, the Netherlands is the most populous country so far to implement a nationwide EV charging network.

ABB says its 50 kilowatt Terra fast chargers can power up an electric car within 15 to 30 minutes. (Confusingly in the UK these are called “rapid” chargers, while “fast” take several hours to charge a battery.)

Each one is equipped with a solar panel canopy — presumably to power the lights and instruments and not provide electricity for the cars.

Is 15 to 30 minutes a long wait? If you’re dashing for the train, or that interview you need to make in a hurry, of course it is. On the other hand, it just happens to be the sort of time most people stop at a motorway service station, so repowering a car in this timeframe shouldn’t really slow your progress on a relatively long distance journey of, say, 160  – 180 miles. The realistic range of an electric car is around  80 miles.

Next question. What is more than one EV wants to charge at a station? Each station will be equipped with “several”  fast chargers. And if the queues start building, then one assumes more would be installed.

Because of ABB’s multi-standard design, the network will be capable of serving EVs offered by all major car brands from Europe, Asia and the USA. And “cloud connectivity” allows Fastned to create a user-friendly payment and access service for drivers.

Zurich-based ABB was involved in a similar initiative earlier this year, when Estonia launched a nationwide EV charging network with more than 160 stations. Analysts predict that sales of EV charging equipment across Europe will total €1 billion ($1.3 billion) by 2020, up from just €72 million ($92 million) in 2012.