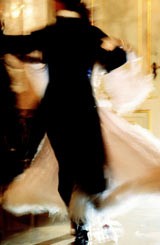 City of music and dance

Vienna steals the show for televised glamour on the first day of the year with the New Year’s Day Concert, and it’s hard to see how it can be matched by any other world city, at least in terms of classic grandeur in magnificent old buildings, through the rest of the year.

I was in the Austrian capital in March 2015 and found many more glorious hits – palaces and gardens, galleries dripping with golden art, famous white horses, superlative coffee and cake, and so much more music.

The Ringstrasse Boulevard (the “Ring”), three miles long, up to 170 feet wide in places, and lined with luxury, opened in 1865 as an unparalleled masterpiece of urban planning. Spaced along it like old masters in a gallery are buildings of the utmost grandeur – the Imperial Palace, private mansions (such as Palais Ephrussi from The Hare with Amber Eyes), public building of high pomp, the Vienna State Opera and many museums. And all on a single street. It may be too long to walk, so take one of the trams which run its entire length – public transport is free with the Vienna Card, 72 hours for €21.90. Inside the Ring, St Stephens Church soars over the Golden Quarter, where shopping is both sumptuous, and sensibly-priced. As for the so-hackneyed concept of Wiener Schnitzel, try it in Plachutta’s Gasthaus zur Oper, where they cook it in calcified butter, as fresh as the day it was invented.

There are many ways to experience music in this most tuneful of cities. The season of grand balls, set to Strauss, earlier in the year is one. The annual, free, open-air Summer Night Concert by the Vienna Philharmonic in the Schönbrunn Palace gardens is another. Then there’s the Lipizzaner stallions’ Morning Exercise at the Spanish Riding School. We savoured a quieter, private musical moment, coming across Mozart’s House, at night, all shut up, in Domgasse. Riding the tram on the Ring, we glimpsed, in the window of the Steinway showroom, more grand pianos than I’ve ever seen in one place, as if ready for history’s biggest piano concerto. The nearest thing in painting to a great musical crescendo is Max Oppenheimer’s exuberant study of an orchestra in full flow, The Philharmonic, in the Belvedere. Be cautious about men in red coats hard-selling tourist concerts in the city centre. There are more authentic alternatives. I saw two separate Mahler symphony concerts advertised on the underground.

There is a choice of (free) supreme views in Vienna. The Schönbrunn Palace, seen from the hill above it, is my narrow preference. There is much to see in the palace, including the Hall of Mirrors, where boy wonder Mozart performed for Empress Maria Theresa, but you can walk around the extensive gardens for nothing. My second choice is the Upper Belvedere palace, on the other side of the city. The grounds here, too, are free to explore. It is worth paying (the Vienna card only gives you reduced museum entry) to see the world’s largest collection of oil paintings by Vienna’s leading revolutionary artist Gustave Klimt. They include the gorgeously gilded The Kiss. Also here is the artist David’s ultra-romantic study of Napoleon on a rearing white horse.

While we British fret about the spread of standardised coffee chains, Vienna basks in a caffein culture largely unchanged since the 17th century. The proud, independent Viennese cafe is on UNESCO’s Intangible Cultural Heritage list. Even in the grandest place it’s enough just to order the sacred drink, if you can decide which the 20 to 30 different ways you want it. My favourite definition of the cafe is “a place where time and space are consumed, but only the coffee is found on the bill.” Not quite true. Most cafes also serve their own home made and irresistible cakes and pastries, including the dieter’s “all hope gone” tower of bread pudding and meringue – six inches high and served with hot vanilla custard – which we sampled at Café Diglas on Wollzeile. Cafes come with the essential details of marble tabletops, Thonet (bentwood) chairs, newspaper tables, rich C19th interior details. And all the time in the world.

No city plays such a strong supporting role in the movies as Vienna in the Third Man. Carol Reed directed it in 1949, to Graham Green’s screenplay and Anton Karas’s thunderous zither score. (It was recently voted the greatest British film.) We found plenty of moody locations in spotlit doorways to serve for a re-enactment of the memorable Harry Lime (Orson Welles] reveal scene – the actual doorway is in Mölkerbastei. Other locations are easily found online. The main one is the Riesenrad (Ferris Wheel), which Lime rides with Martins, the Joseph Cotton character. We took the 71 tram to Zentralfriedhof (Central Cemetery), little changed since Anna Schmidt made her long, long walk from Lime’s grave. Catch the movie every weekend in the Burg Kino, although now technology makes it even easier. We watched it, in high definition and for nothing, on our tablet computer. It came up in a simple search, and downloaded through the hotel Wi-Fi in minutes.

100 years ago, as war raged in Europe, life, and building, went grandly on in the capital of the Austro-Hungarian Empire. In 1915 they opened a bank full of fine wood, ornate mouldings and the most intricate art decor detail. 100 years on, this sumptuous temple of high finance in the Golden Quarter has a new incarnation, as the Park Hyatt Hotel. The interior designers preserved lavish original details, the marble columns, wrought-iron banisters, precision inlays, ceilings and paneling. Our  bedroom’s stamp of style was a mother-of-pearl floor inlay and a metallic wall hanging recalling an Art Nouveau brooch. The huge flat-screen TV was tastefully hidrn behind a mirror. Gold tiles in the swimming pool, once the bank’s vault, are a homage to Vienna’s golden painter Klimt, as well as to its former use. The Pearl Bar, with a spiral staircase based on the one in Coco Chanel’s Paris apartment, and the Bank restaurant in the massive cashiers’ hall, are open to non residents.

The writer stayed as a guest of the Park Hyatt Hotel, http://vienna.park.hyatt.com. More information: www.wien.info/en