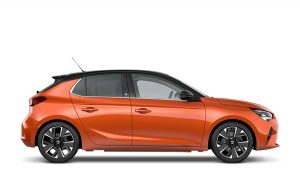 Liberal Democrat leadership candidate Layla Moran called on the Government (June 4th, 2020) to offer grants of up to £6,000 to encourage drivers to buy electric cars, as part of a green bailout of the UK’s automotive industry to counter the impact of Covid-19.

Under the Oxford West and Abingdon MP’s plan, which includes making electric vehicles exempt from VAT and a diesel scrappage scheme, the cost of a £30,000 new electric car would come down to a more affordable £18,000.

This week Germany’s coalition government agreed to double the rebate to people buying electric cars to €6,000, as part of a €130bn (£114bn) fiscal stimulus package.

Layla Moran says her five-point plan would transform the UK into a global leader in the production and use of electric cars.

The government has repeatedly reduced the grants available to buyers of new electric cars through the Plug-In Car Grant scheme, from £5,000 when it launched in 2011 to £3,000 today. The latest cut came in the March 2020 budget, when the Treasury also announced that electric cars worth more than £50,000 would no longer be eligible for any subsidy at all.

Layla Moran called on the government to reverse these cuts and increase the maximum grant to £6,000, while scrapping the new £50,000 limit. She also calls for electric vehicles to be exempt from VAT. This would save a driver buying a new electric car costing £30,000 a total of £12,000, bringing the cost down to £18,000. Buyers would save an extra £1,000 if they were also trading in a diesel vehicle.

If implemented, the plans could significantly reduce dangerous levels of air pollution in UK towns and cities that currently cause an estimated 40,000 early deaths a year.

They could help the UK overtake Germany to become the leading country in Europe for sales of electric and hybrid cars, and boost sustainable jobs in the automotive industry, by targeting investment towards large-scale battery manufacturing and the production of electric cars.

“This pandemic should serve as a wake-up call that we cannot go back to how things were. We need a green-powered recovery that leaves our economy stronger and the air in our cities cleaner.”