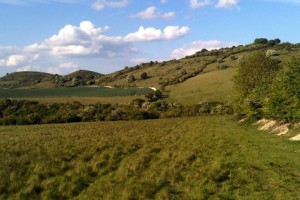 Targets to slow the extinction of plant and animal species have been agreed by 193 countries at the UN’s Biodiversity Conference in Japan last weekend (October 30).

One of the central components in the Nagoya Agreement is a new protocol that rich and poor nations would share profits from pharmaceutical, crops or other products derived from genetic material in the rich animal and plant resources within their borders.

The talks were tough, and came with the now obligatory dire predictions of failure. But after overruns, and much handwringing, the potentially historic deal was done.

The protocol sets a target to cut the current extinction rate of species by half or more by 2020.  The amount of protected land is to be increased to 17 percent from the current figure of about 12.5 %, and protected oceans to 10 % , from less than 1 %.  There will be financial support from richer countries to help poorer nations reach these goals.

Biodiversity loss is much lower on the public radar than climate change. Gallup in 2007 found that 64 percent of European Union citizens either had never heard of the word (34 percent) or had heard of it but had no idea what it meant (30 percent). (So what is biodiversity? One standard definition is the biological diversity, the genes, species, and ecosystems of a region.  Another way of understanding it is to view one of David Attenborough’s mega-series, like Life on Earth, and then multiply all the species and habitats he talks about by about a million — and still you don’t come close to the natural world’s diversity.)

But the loss of biodiversity can be easily defined by the dreadful statistics. The earth is losing species at 100 to 1,000 times the historical average, according to scientists.  The current period is the worst for losses since the dinosaurs went extinct 65 million years ago.

Nagoya took the line that preserving biodiversity is good for business, then puts an economic value on the environment, creating dollar shaped reasons for protecting it. It has established the idea that any exploitation of genetic material — both future and past — must include royalties. The accord is potentially worth billions of dollars to poorer nations.

“We would have liked to see more ambitious targets in protected area goals and financing,” said Glenn Prickett, the chief external affairs officer for The Nature Conservancy. “ But the fact that they were able to reach an agreement is a big deal.”

The previous, and vague UN agreement in 2002 to substantially reverse the loss of species by 2010 is regarded as a failure. Commentators attach more hope to the 2010 agreement, with 20 target goals specific enough for assessors to gauge whether progress is being made.

Hurdles remain to translating the agreement translated into action —not least the fact that the US has not yet ratified the United Nations Convention on Biodiversity, the underlying treaty.

But if the world, and the US, can grasp the true cost of lost, and the economic benefits of conservation, when the way we address the custody of the planet could be transformed.

According to The Economics of Ecosystems & Biodiversity report, which was launched at Nagoya, the services that the world’s forests, wetlands, coral reefs, and marine ecosystems provide is around $2 to 4.5 trillion per year, every year.

Although the idea of green accounting is not new, the new look at valuing nature has taken on a new dimension in efforts to address climate change. Already, it has been recognized that a standing natural forest, particularly rainforests, may have more value to the world for their ability to absorb carbon dioxide (Co2) emissions, and slow the rate of global warming. It will cost between $17.2 to $33 billion to protect the forests and cut emissions by 2.7 gigatons of carbon dioxide a year. But it is estimated that the benefits of action is $37 trillion, in present value terms.