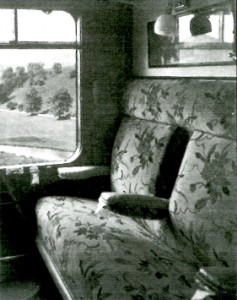 London to the Lakes by train – better than the M6?

I saw something unusual at Euston station last Saturday morning. A large group of Chinese tourists were standing in the concourse. I assume they were preparing to board a train.

Where were they going? It doesn’t really matter. They were tourists, heading off to some destination or other in England (likely) or Scotland (less likely). (They could, of course, have been off to visit the castles of North Wales. (Not very likely.)

Somebody had decided it would be easier to go by train, and faster than traveling in coaches, up the busy and often slow moving M1 and M6. Wherever they were going, they were good for business.

Have their numbers, which are certain to grow, been factored into the statistics on the coming capacity crisis on the West Coast Main Line (WCML)?  One argument made in support of HS2, the high-speed line to Birmingham, Manchester, Leeds and the North, is that it will free up space on the WCML.

That will enable train companies to run new direct services, such as London to Windermere. Such through trains could give a big boost to Lake District tourism as the numbers of overseas vistors who are used to going around in groups, such as the Japanese and Chinese, continue to grow.

Had the Chinese tourists I saw been Lake District-bound on the next available train, the 9:30 am, they would have had to change twice. Not very convenient for a big group.

A summer train, the Lakes Express, ran from London Euston direct to Windermere between 1927 and 1965. Today trains from London, where most overseas tourists begin their UK visit, only touch the fringe of the Lakes, stopping at Oxenholme or Kendal. The need to change trains might persuade tour operators that coach is the easier option.

Other popular out of London destinations are better served. There are through trains from London to Bath, York, Winchester, Stratford upon Avon and Edinburgh. Recently direct trains were reintroduced to Lincoln. But traveling to Blackpool requires a change. There are no through trains to other popular holiday destinations, such as the Peak District (Buxton), or through the North Yorks Moors to Scarborough.

The Lakes’ relative isolation (there are some through trains to Windermere, but not from London) is the most serious. Making the most of the Japanese and Chinese market alone should make reconnecting it to London a priority. (The recent government backing for proposals to electrify the line from Oxenholme to Windermere is welcome.)

The Lake District is a popular destination among Japanese tourists. A survey (2013) by accountancy firm Armstrong Watson found that 63% of hotels in the lakes “have recently” received Japanese tourists. They are drawn, in particular, by Beatrix Potter, who lived in the Lakes. Potter and her stories are hugely popular in Japan. They are used to teach English to Japanese children.

The survey noted too that visitors from America, Australia, China and The Netherlands represent a growing [tourist] opportunity. Of these the Chinese market could be the biggest marklet of all.

“As the wealth within China continues to grow, hotels are keen to target these visitors and several hotels already provide a Chinese translation of their website to encourage visitors from this country,” notes Armstrong Watson.

Any regular visitor to the British Museum Twill have noticed the surge in the numers of Chinese tourists. But there should be even more. There were 149,000 visitors to the UK from China in 2011. The number is projected to ncrease to 500,000 by 2015. However,. there are indications that the Chinese tourism bonanza may be slower to arrive in the UK than in other European countries, according to a 2013 report by the Tourism Alliance.