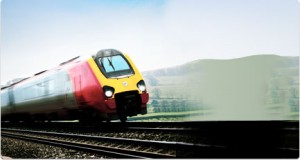 The fast train to Chester

I’m frequently reminded of Chester as I take the short trip down to London from Tring Station. The city is served by quite a distinctive train on this line, so you don’t have to be a geek to recognise it. It’s one of Virgin’s diesel-powered sets and they bustle noisily through in a very determined way, unlike the electric sets, which glide past in a very superior fashion and could be could going anywhere, from Milton Keynes to Glasgow. The diesels only realy go to Chester, and on to North Wales.

My first visit to this English city on the river Dee on the border with Wales was a day of great foreboding, September 12, 2001. I went again two years ago to write the accompanying article, since updated. Click here. That was a happier visit, although as on the first occasion I had to wait for some time on a rather bleak and draughty Crewe station to connect with the train to Chester. Does having to change trains make a destination slightly less appealing? I think it does.

Now those busy diesels shuttle directly up from London Euston, putting this important Roman city within easy weekend-destination (or a long day trip) travelling distance. I would imagine it’s an easy place for foreign visitors arriving at St Pancras (it’s only a 10 minute walk to Euston station) to head for, too.

They would certainly recognise the seasonal feature, the Christmas market, lasting right up until December 24. (Many of the markets held in English  historic towns and cities have only a very short season, with Lincoln as a good example, lasting only three days.)

That’s just five weeks per year. Chester’s stalward features are year-round, notably the magnificent Roman remains, including the largest open Roman amphitheatre in Britain. And, outside London Zoo, it has one of the most impressive zoos in the country, with exciting development plans and some very endearing recently-born rare animals.

I also included Chester in my e-book, Awaydays in Britain – Spoilt for Choice. There is Is a link to that and my other  e-books here.