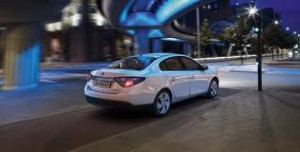 Which European country is the most environmentally friendly place to holiday with a car? Which one offers easiest access to electric or very low mileage models and helps you put together a zero carbon itinerary?

Until recently I would have opted for what seem to be the obvious choices – Holland, Denmark or Germany.  All wrong. From next year the correct answer should be Slovenia.

This smallish central European country between the Alps and the Adriatic, with a population of just over 2 million, wants to be the first country in the world “you can discover with no CO2 pollution”, by solving the main problem of the electric car, range and finding somewhere to charge it.

In the Egozero initiative Slovenia is teaming up with partners in the car industry and power supply to build a network of charging stations and car rental points at the very places where tourists are likely to stop, such as beauty spots, heritage sites and overnight accommodation. (Slovenia already has more than 50 public charging stations at places where tourists remain for one hour or more.)

Tourists using Egozero, believed to be the first system of this kind in the world, will access a one-stop shop booking web site to plan their own route. The portal tells them at which restaurants, wine cellars, museums and other sites their electric cars can be charged, and lets them book a charge while they visit, dine or stay the night. When booking is completed the information is sent to the electric car navigation system.

In a press release the Egozero organizers noted “The electric car.. has not yet achieved the status of mass choice amongst consumers due to its limitations and price. [It] requires a different concept of utility that will bring it closer to users.”

The scheme will use the 100% electric car, the Renault FLUENCE Z.E. Another option will be the Opal Ampera (the Vauxhall Ampera in the UK). It can do between 35 and 50 miles on a battery before a petrol engine cuts in to let the driver complete the journey. A third vehicle is the BMW 116d EfficientDynamics, a low emissions diesel car.

Egozero was set up by the Slovenian Institute for Civilization and Culture with various IT partners. Slovenia would seem to be just the right size country to launch such a pioneering low carbon initiative. Maximum north-south distance is 163 km (101 mi); maximum east-west distance is 248 km (154 mi). Its borders are with Italy to the west, Austria to the north, Hungary to the north-east and Croatia to the south. The capital is Ljubljana. Other medium-sized towns are Maribor, Celje, and Kranj.

Slovenia offers an unspilt environment to match its green aspirtions, promoting “unique ecosystems and biodiversity, natural landmarks and cultural heritage…whose exceptionally preserved natural environment makes it one of the most suitable green destinations in Europe.

“At the same time, it is small enough to allow visitors to travel across the country with electric cars with current capacities, all with a little planning.”

Until now, says Egozero, the general perception is that electric cars are intended for the city because of their short range and the time it takes to charge them. It hopes the new initiative will change this view. There will be an additional bonus. Electric car drivers coming to Slovenia from nearby Italy and Austria will be able to use the system too.

Slovenia colored its entire stand in green at the World Travel Market in London in November 2012., with unmistakable intent. Even if it wasn’t based on laudable eco-aspirations, which I’m sure it is, this would be a smart move by the country’s tourism organization to give itself a distinctive selling point, setting itself apart from that huddle of central European countries that the average tourist might find it difficult to tell apart.

When I spoke to the organizers, they told me there was just one route in place at present, and that the full scheme would start from next spring, which is the obvious time to visit anyway.

Egozero said this in a press release: “we have to be one step ahead if we want to keep our promise that Slovenia would be the first country in the world that you can discover with no CO2 pollution.”