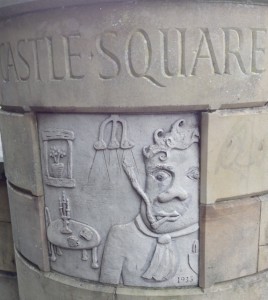 Dylan Thomas, the greatest Welsh poet, died in New York 60 years ago, on November 9th, 1953 shortly after his 39th birthday.

According to the medical record, he died as a result of an alcoholic “insult to the brain” – the result of a drinking session after which, it is often, perhaps erroneously, reported that he said he drank “18 straight whiskies; I think it’s a record”.

After complications, he was driven to St Vincent’s hospital, New York, where doctors took three hours to restore his breathing, using artificial respiration and oxygen. By then the poet’s brain was irretrievably starved of oxygen. He remained in a coma and died four days later.

This was the last of Dylan’s often triumphant but ultimately doomed poetry reading tours of the USA.    It was in the USA where Dylan found the star billing he never attracted at home. He delivered impeccable readings to enthralled audiences, while his wife Caitlin looked on, often gripped by jealousy.

The USA embraced his genius in his life, and acknowledged his memory after his passing. Two US presidents have spoken up for Thomas. Bill Clinton praised his works, and Jimmy Carter came to Swansea to open the Dylan Centre.

You can chart Dylan and Caitlin’s squabbling, hard-up transit of the USA in different places, but it is to Manhattan where we must turn for the last drama, with the distraught Caitlin restrained at St Vincent’s Hospital as Dylan lay dying.

The blare and blast of 5th Avenue is as far as you can go from the simple peace of St John’s Hill I n Carmarthernshire, inspiration for “Upon St Johns Hill”, which some say was his finest poem, although, curiously, peregrines nesting among the Big Apple skyscrapers echo the swooping hawk Dylan put in that poem. I don’t know if he wrote a poem to this mad, glorious city (“Titanic dream world, everything monstrously rich and strange,” ) but he came to feel at home here.

On our visit we walked up from the foot of Manhattan Island, past Ground Zero and on to Greenwich village to find the White Horse. This was Dylan’s favourite New York bar, where he took his last drink.

It doesn’t matter any more. We’ve seen lesser talents behaving much worse. The many visitors here recognize that the world lost a flawed genius before his time. As another cultural hero who died prematurely in Manhattan agreed. It was John Lennon who put Dylan on the cover of music’s most famous record cover, “Sgt Pepper”.

Another place to remember Dylan as more than the embarrassing, though always charming and much loved, drunk he became, is north in Cambridge, Massachusetts at the Fogg in a version Museum’s Norton Lecture Hall stood in front of a teeming crowd at the Fogg Museum’s Norton Lecture Hall, reading from his unﬁnished play Under Milk Wood at Harvard University.

He gave the first reading of Under Milk Wood here, in a version compled less than an hour before curtain up. It won him 14 curtain calls, securing his place in literary history. According to a Harvard Arts Museums blog “the response to his dramatic solo reading—the world premiere—was ecstatic, according to his friend John Malcolm Brining”. Six months later he was dead.