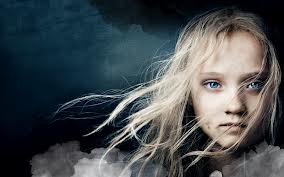 I Dreamed a Dream – in St Peter Port, Guernsey

I’m standing in the room where the greatest French 19th Century author scaled the summits of romantic writing and brought us back the book on which was based one of the greatest musicals of the 20th century, Les Miserables. And now there’s fresh acclaim for the author, with the release of the film of the musical, almost certainly be one of the big cinema events of 2013.

The odd thing is I’m not in France, but the UK.

Guernsey is just 30 miles from the French mainland as la corneille flies, but political exile Victor Hugo was as displaced from his homeland as Dickens would have been writing Nicholas Nickleby in Calais.

Hugo appreciated the favour, and returned the Guerns’ hospitality.

When the island’s tourist board’s inkwells run dry of inspiration – as if they would with all those stellar fish restaurants, miles of flower-filled clifftop walks, quiet country lanes and old fashioned and familiarly British features, such as afternoon tea – they open the file marked ‘Yet more nice things Hugo said about Guernsey.’

As a tribute to his 15-year stay, he set a book, The Toilers Of The Sea, on the island, dedicating it to the inhabitants: “the rock of hospitality and freedom… the island of Guernsey, severe yet gentle, my present refuge, my probable tomb”. (He did return to France, after 15 years on the island.)

But back to the Crystal Room , Hugo’s glass lookout at the top of Hauteville House, a steep walk up from the heart of St Peter Port.

Whenever the sun was shining, the illustrious writer peeled off his clothes, poured a jug of water over his head and while standing up, with the occasional wistful stare across the sea to his beloved homeland, continued with the adventures of Valjean and Javert. Tourists would flock to the house in the hope of a glimpse of the naked author, it is said. The book was published while he was living in Guernsey, in 1862.

Well might the Guerns mock their neighbours on Jersey for throwing Hugo out after three years. The writer was already acclaimed in France, before being expelled for his politics and reaching Jersey, via London.

Guernsey cornered the best of the Hugo story – he spent some of his most productive years here, from 1855 to 1870.

They erected one of the biggest statues of the writer anywhere. His granite likeness stands in Candie Gardens, in full walking mode, just as the locals knew him, with walking stick and wind-blown cloak.

Apart from his books, his achievement is his house, full of rich dark wood, plush wallpaper, Gobelin tapestries and recycled furniture.

An old door is a table, a chair back serves as a lintel, cotton reels double as candle-holders in a chandelier.

The house, donated to the City of Paris by the poet’s descendants in 1927 and run by a French team, remains exactly as Hugo left it. The idiosyncratic and elaborate design, throughout four storeys, is all Hugo’s. Ceilings are decorated with carpet and china; And in a sign of his enormous self-regard, the writer signed his initials in Delft tiles that line the floors and walls. I admired his massive billiard table, the guest bed where Alexandre Dumas slept and his shrine to his ancestors – he dabbled in spiritualism.

There’s sadness here, too. Hugo’s daughter ran away to Canada to pursue a doomed love affair, then died in a Paris asylum. His wife gave up the struggle against loneliness and Hugo’s affair with Juliette Drouet, whom he installed in a house down the hill, and quit the island.

Hugo himself eventually left Guernsey in 1870, returning to Paris where he died in 1885.

Today Hugo would not recognize the island that gave him sanctuary. Guernsey (population: 60,000) has replaced its dependence on tomatoes and dairy cows for something considerably more lucrative, banking and financial services. Initiative and entrepreneurship, and easeful retirement, are stimulated by a very generous tax regime.

Along with the rest of the Channel Islands, Guernsey was the only part of the UK occupied in the war. I wish we had a day of celebration to match the fun they have on Liberation Day, May 9.

To mark the event they commissioned an obelisk which casts a shadow that skims the edge of a bench only on that day and at the time the German surrender was signed.

In other respects Guernsey doesn’t have to work too hard at being different. There is the anti-euro patriot’s dream, the bright green Guernsey pound notes they delight in handing over as change.

Then there are the car licence plates, which are in numbers only. I spotted 999 and 1066.

We made the circuit of the island, taking in some of the 40 stops on the Victor Hugo Trail, from his house in St Peter Port to his favorite bays, linking into a network of 27 miles of cliff paths. French artist Renoir loved this coast, full of bold shape and bright colour. His Guernsey oil paintings hang in the world’s best galleries. (Moulin Huet Bay, in London’s National Gallery).

At Cobo Bay the rocks stand up like exclamation marks. This is where Hugo used to picnic with his family. Some tourism people will tell you it’s also where Hugo would cast off his clothes for a skinny dip.

I made a last tour of the harbour, under the 12th Century castle, and noticed a particularly lavish yacht, Fortune’s Star, or possibly Star’s Fortune. Plenty of those pass through.

And so to eat.

One good thing about being so close to France is that it isn’t far for accomplished chefs to travel, and Guernsey underpins its appeal as a short-visit attraction with tasty restaurants.

There is some serious money on this island, but they don’t seem to have put their prices up in sympathy.

Many restaurants feature the catch from the rich local waters – lobster, crab, oyster, bass, sole and brill. The island’s dietary gem the ormer, a mollusc found under rocks on local beaches, occasionally makes it past gourmets’ tables to some restaurant menus. Summer is a good time to try out the many fish restaurants, in the annual (June – July) Seafood Fair in St Peter Port. Local chefs and fishmongers team up to offer special menus. One washing-it-down option is the local Rocquette cider