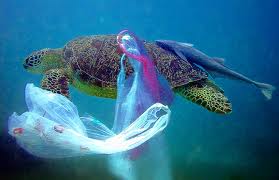 Would you like a bag? A ban that's a no-brainer.

Is Britain turning into the land of the ban? And shouldn’t we applaud?

Admittedly only quite modest things being stopped so far.  We’re not moving towards (heaven forbid) banning the bomb, or outlawing  Co2, or even the burka.  However these small prohibitions do represent interesting initiatives for an essentially liberal and tolerant society.

The next ban takes place in Wales on Saturday (October 1). Retailers  will no longer be allowed to issue free plastic bags with sales. They  will have to charge 5p for them.

It follows the other 21st-century bans, on foxhunting, smoking in public buildings and using mobile phones while driving. Foxhunting is a tricky one.  Some country opinion still thinks it’s wrong, and canny hunts seem to have ways of evading it. There is even talk of it being reversed by Parliament.

Smoking in public places really has stuck. It came in with remarkably little resistance, it’s hard to imagine it being reversed.

Using mobile phones while driving needs work. Many still do it, and some I see with a scandalous arrogance.

We’ve been very slow about banning plastic bags. Ireland  brought in a  ban in  2002,  and it’s been remarkably successful, with a reported 90 per cent reduction.  The big UK retailers have tried to encourage us to use use bags for life,  but only a small proportion of customers have an active policy of refusing plastic bags and always carrying of a shopping bag.  I can easily spot people have just been to the store in my village. They are the many carrying a fresh carrier bag dished out with their purchases.

And we are using more bags. In 2010, use of carrier bags actually rose by 5% after four years of decline. Now  Wales is going it alone, and once again there will be be no going back.  Present grumbling centres on shops ill-prepared for the new scheme, businesses being  unaware of the charge, and concerns about the paper work taking too long.

Will Scotland and England follow?  I suspect they will, before too long.  The lawmakers will secretly thank the Welsh  Assembly for giving them  a live demonstration on the doorstep.  They can sit back and watch how it works, and probably succeed.

Environment minister Lord Henley hinted the government could introduce a complete ban on bags, (September  2011), saying the government was “not happy” that use of bags had risen. He said he would consider “additional measures” if there was no improvement.

Plastic bags are a key feature of the 21st-century casually-degraded landscape,  blowing over wasted lands on the outskirts of African cities, and plastered against fences.  Plastic bags beyond counting swill around the oceans of the world.  The sea shore at one of my favorite seaside spots in Turkey has succumbed to the curse of the  plastic bag in recent years.

Bans are happening. Italy banned plastic bags entirely in January 2011..  In 2011 plastic bags were banned on the Turkish island of Bozcaada  (Tendos), in the Aegean.

Rwanda has brought in an outright ban. And now Zanzibar has banned imports, manufacture and use of plastic bags to “save” the environment. There are unilateral bans in various US cities. We don’t hear of demonstrations to keep it. Sorting the bag is one of the easier environmental challenges.

The Welsh Assembly has done an admirable thing. One small blow for the environment, by enlisting the support of the market economy. You want something – you pay for it. Surely that useful bag to hold all your groceries is worth 5 p?

Welsh assembly officials say bags present a litter problem, with local authorities spending £1 million a year clearing them up. Introducing the charge was the “only way to continue reducing” the number of single use carrier bags. They may have made it resistance proof. Money from sales won’t go to the government to be swallowed up on unwanted projects. It goes straight to local good causes or environmental projects.