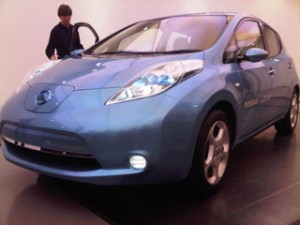 Could local councils persuade their staff to use electric cars in order to cut costs?

This is his proposal. Currently the mileage rate many, and probably most, councils pay staff is well over the figure recommended by the Inland Revenue.

But staff would likely tear the Town Hall down if councillors tried to reduce it. The payments are seen as a standard component of employee remuneration.

Cirell proposes another transport strategy. Local authorities should purchase electric cars and encourage staff to use them on council business, as part of a change that might take several years to implement.

This is the sort of “blue sky” thinking  that a few councils might  seriously examine. Cirell notes that some councils are already looking at the possible use of electric vehicles (EVs).

And in three or five years time, as we look increasingly for green solutions, and Co2 cuts, and council spending is seen as still too high, the idea might well  gain ground.

By then, too, people may have tempered their very cautious views on the electric vehicles  such as the Nissan Leaf (photo above).   And electric vehicle charging points should be standard around council offices.

Cirell  refers to the spending  by Cornwall  County  Council   at the time  when he was in charge of the Green Cornwall programme. In 2008/2009 county council employees covered 20  million miles, claiming allowances are between 40 and 60 p per mile. The bill to council taxpayers was around £10 million.

Most journeys were between civic offices in the county, and most were under 100 miles. These are ideal electric car trips, withcurrent battery range around 100 miles or less.

The writer argues that after making a quite hefty upfront investment in electric cars – buying 50 new electric cars would cost about £1 million – the authority would stipulate that staff making certain trips in the county on council business would have to use the electric cars.   The council would very soon be reaping the benefits, with running costs of between one and two pence per mile.

“At a stroke a proportion of the cost of the huge mileage bill – and the attendant emissions – has been removed.”

He  suggests that councils should collate mileage statistics and journey patterns by staff within their authority, test out an electric car or two and prepare a business plan for members.  A “progressional” approach is best. This enables members and officers to see the success of a scheme and let that reinforce a commitment to go further.