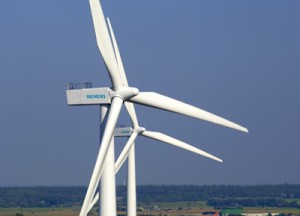 It may seem blindingly obvious, but  people are more likely  to accept windfarms in their backyards when they actually own them.

(See my blog on a community-owned wind farm at Watchfield in Oxfordshire – http://bit.ly/kB5qKo)

A recent study in Germany showed that  acceptance of wind  power is very high, and even higher when local people were directly involved.

An article in Renewable Energy Focus, 24 May 2011,  reported that 62% of the residents at a community-owned wind farm expressed a positive or very positive opinion on having it in their neighbourhood; only 1% had a negative or very negative attitude.

Opinion on a windfarm not owned by the community was understandably less positive, although most people (47%) said they felt neutral about it.

Stefan Gsänger, World Wind Energy Association (WWEA) Secretary General,  said: “If we want to reach a 100% renewable energy supply worldwide with wind energy as a cornerstone, we have to make sure that local communities actively support this endeavour and that they benefit from the wind farms in their vicinity. ”

There is a strong suggestion here that “community power” is one way forward for  onshore wind  turbines and farms.

According to WWEA’s definition, a project can be defined as community power  if at least two of the following three criteria are fulfilled:

The study was carried out in Germany by researchers from the University of Amsterdam. The North German state of Schleswig-Holstein has one of the highest concentrations of wind generating capacity in Europe – if not the world.