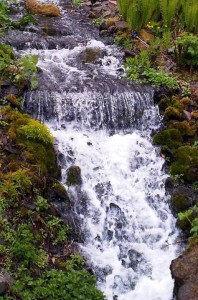 This is one of Britain’s grandest destinations, all proud history and elegant architecture, set against the commanding backdrop of the Castle Rock and Arthur’s Seat. I was swept off his feet by Auld Reekie’s bagpipe blast of things to do. My list includes the “birthplace” of Harry Potter, a tour devoted to the wee dram, a jolly skater, one of Britain’s oldest gardens, as well  one of the world’s biggest arts events – the Edinburgh International Festival.

The brass owl on the door of room 522 in the 5-star Balmoral Hotel is the only clue that literary history happened within. JK Rowling completed the last of her Harry Potter books in this room. The marble bust of Greek god Hermes on which she wrote a message marking the moment is in a glass case.

The Elephant House is one of the cafes where the then impecunious author used to write. Rowling leads a big field of Edinburgh writers, including Alexander McCall Smith and Ian Rankin, whose trails you can follow. How apt that Edinburgh is the first UNESCO City of Literature. The Book Festival (to Aug 30) is part of the International Festival (www.eif.co.uk), which runs to Sept 5th. The Festival Fringe (to Aug 30), is a joyous spree of all-day performance (www.edfringe.com).

There is a very helpful introduction to the city’s many historic and architectural marvels in “Stories in Stone”, 10 free downloadable podcasts celebrating the capital’s heritage on the Visit Scotland website www.visitscotland.com. You can divide them into two lists.

The big-ticket attractions of old Edinburgh include the Royal Mile, Edinburgh Castle, Saint Giles’s Cathedral, the Palace of Holyroodhouse, with the Scottish Parliament (open to visitors) as a 21st-century bonus. Then there are the elegant squares and stately streets of the New Town – Robert Adam’s masterpiece of urban architecture, built in the late C18 and early C19th. The highlight is the Georgian House in Charlotte Square  refurbished by the National Trust for Scotland to its  1796 eminence.  www.ewht.org.uk

Men in black don’t come any jollier. Raeburn’s 1784 painting of the skating vicar – the supreme study of how to have fun in monochrome – is one of the defining images of the (admission free) National Gallery of Scotland, at the end of Princes Street. We strolled past works by the great  names of Western art –  Raphael, Botticelli, Titian, Monet, Van Gogh, Rembrandt, El Greco, Cézanne, Degas and Gauguin. (www.nationalgalleries.org). But eclipsing all is Antonio Canova’s Three Graces – the exquisite marble sculpture of the entwined daughters of Zeus, bestowing the gifts of mirth, elegance, youth and beauty on humanity. After this  I heartily recommend the Italian restaurant and cafe Centotre, grabndly set in a former bank at 103 George Street. Italian lessons play in the toilets.

Wander from the Amazonian rainforest to the Australian cloud forest, without even getting your feet wet. There is room inside the immense Glasshouses at the Edinburgh Botanic Gardens — put up in the 1800s  and recently renovated — for entire ecosystems (£4.50). It costs nothing to wander around the rest of the second oldest botanic garden in Britain after Oxford’s.  The latest of the Gardens’ attractions (opened in 2010) is the John Hope Gateway, where LCD screens tell the story of the gardens and explain the biodiversity of Scotland and the world. This showcase for green construction is fuelled by biomass boilers, solar panels and a natty, compact QR5 triple helix wind turbine. Another feature is a green roof, planted with sedum.

They explained the miraculous alchemy of the distillery – how two simple ingredients, barley and water, mix together into a unique amber sensation worth £4 billion to the Scottish economy, in The New Scotch Whisky Experience Tour. The “experience” won the 2010 Marketing Campaign Award (the museum world’s Oscars). It’s a busy one-hour dash through a replica distillery, with experts imparting the subtle complexity of the wee dram in its many regional variations. And they give you a tasting glass to take away. www.whisky-heritage.co.uk  Do try to fit in the Historic Vaults Tour (www.visitscotland.com) in candlelit vaults under South Bridge, “possibly” Britain’s most haunted place. Abandoned for 200 years, it was an active underground city in its day, Our guide worked a miracle in subterranean picture painting – without props.

My pick for a battery-recharging trip out of town (30 minutes by train from Waverley station) is the Scottish Seabird Centre at North Berwick, www.seabird.org.  Launched in 2000, it has become a world leader in remote wildlife watching. It began with three cameras trained on Bass Rock, swirling with gannets just out in the Firth of Forth. Now there are 18, beaming in seabird close-ups fit for an Attenborough series (Sir David filmed there recently for the BBC). The Centre runs daily boat trips to Bass Rock and the Isle of May nature reserve. My favourite beach walk is on nearby Yellowcraig. In Edinburgh itself take the path encircling Arthur’s Seat, a wild hunk of highland landscape near the city centre, for terrific views to the sea and mountains beyond.