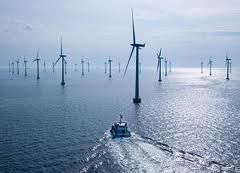 Someone, or some company,  somewhere in the UK (or, not quite so good, an overseas firm which now sees opportunity here)  will do well out of a bold and possibly historic announcement made in Parliament yesterday (May 17, 2011).

The UK government pledged to halve carbon dioxide ( Co2) emissions, setting the most ambitious targets on greenhouse gases of any developed country.

If you believe, as the greater part of the scientists studying  the subject believe, that global warming is one of the principal threats, and probably the principal threat, to the planet today, you will take comfort that the government has set targets to be enshrined in law, to  set out on a long and difficult journey  to put things right (or at least stop them getting very much worse) with firm intent.

It would be easy to say we have been here before (although we haven’t, at least not as ambitiously),  setting targets for future governments to meet, or break. It’s easy to be cynical, and defeatist, when we consider  the carbon-profligate course of so many other countries, and all those coal-fired power stations the Chinese are supposedly building every week.

But what if, perhaps for the first time, we do have reason to be positive,  and the fightback  really  did start here?   After  all,   it is a very big commitment.  Energy and climate secretary, Chris Huhne, announced  that a “carbon budget” – a 50% emissions cut averaged across the years 2023 to 2027, compared with 1990 levels – would be enshrined in law.  No other nation has legally binding targets beyond 2020.  The “budget” puts the UK on target to meet a reduction by 2050 of 80% of carbon emissions compared with 1990 levels

The hope is that the UK economy can, in five or 10 years,  be redirected down an ever widening  “green” highway.  How do we know it’s bound to fail if we don’t at least respond to that signpost.

Which brings me back to those unknown green entrepreneurs  who took the cue of Huhne’s announcement.

These are the people who won’t be waiting for  doubt and cynicism to smother their ideas.  They have  a vision, or  a concept or even a product in embryo, that  could be exactly  what we need  as we try to meet those huge targets in our self-imposed low carbon future.

What  all-pervasive green technology will we be using by 2027, the big 16-years-away target date announced yesterday?  Can’t imagine, just as we had no idea  in 1995  that our lives today would be dominated by social media  and mobile devices (super computers by 1995 stndards) we keep  in our pockets, performing a myriad of functions .

What the government can see, more immediately, is  that big companies involved, for example, in developing offshore wind technology will now be keener to invest in Britain, knowing it is committed to a huge expansion in renewable energy. They will   perceive that the UK is a very attractive place to do business, knowing that we are a country with a very concrete commitment  to action.

The  government’s official advisers, the Committee on Climate Change (CCC), whose original report prompted the action, said new green technologies, if developed in Britain, could be major currency earners.

This is the scale of what will be needed.  The CCC report  said that the new carbon deal will require installing heat pumps in 2.6m homes by 2025. And by the same date 31% of new cars, and 14% of those on the road overall, will need to be electric (EV). 40% of the UK’s power should come from wind, wave and tide sources by 2030.

Keith Allott, WWF-UK’s head of climate change, said: “No other country has set legally binding emission-reduction targets going into the 2020s, and so with this decision the UK is demonstrating genuine leadership on climate change. The Climate Change Act remains a groundbreaking piece of legislation that, with support, will underpin the UK’s transition to a low-carbon economy.”

Locking action on climate change into  business regeneration and growth may well be the only coherent way out of this mess. Even such an historic announcement  as the climate minister was making featured well down the news bulletins,  after an admittedly historic visit by the Queen to Ireland, and the Lib Dems’ announcement to oppose a key detail in the NHS reforms.

What will make the public listen is growing  numbers of “green” jobs,  and an economy coming out of the morass because  we are making  new and  world-beating things that require less energy to work, and which reduce or even eliminate pollution.

It might just work. Any cautious alternative approach  the Treasury was proposing certainly won’t.