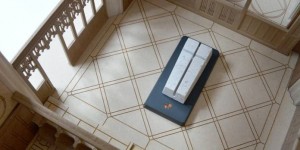 Leicester struck touristic gold in 2013 when experts concluded that human bones discovered under a car park belonged “beyond reasonable doubt” to Richard III.

The King Richard III Visitor Centre opened in 2014, and the king’s mortal remains are being interred in Leicester Cathedral on March 26th in a tomb of Swaledale fossil stone limestone, with a deeply incised cross, and inlaid with a coat of arms made of marble and semi-precious stones. It stands on a Kilkenny marble plinth.

Other attractions, ancient and modern, in the city include a section of magnificent Roman wall, the church where Chaucer was married, the National Space Centre and the Attenborough brothers’ favourite museum.

I visited Leicester recently, taking the train from St Pancras, that magnificent departure point for fine romance. The trip convinced me that your ticket at St Pancras doesn’t have to read Paris, Bruges or Amsterdam if you are setting off for a rewarding city visit.

Archaeologists always suspected that Richard III, who, thanks to Shakespeare, became the most perfect embodiment of the stage villain, was here, somewhere. Without proof, though, the story would always remain unfinished, particularly as one story had it that his remains were pitched into the river, and lost forever.

So as soon as the news broke the city moved to claim its essential place in the end story of the last of the Plantagenets, promoting Richard to the top of its list of attractions.

In May 2014 the High Court ruled that Richard’s remains, found in the city in 2012, should be re-interred at Leicester Cathedral, rejecting a legal challenge from those who had wanted him buried at York Minster. In fighting hard to keep the King in Leicester, the city was doing no more than cathedrals and other sacred sites have done for a thousand years, putting themselves on the profitable pilgrimage circuit with relics and holy bones. Who can blame them? At least the city has the genuine remains of a king of England to promote.

In addition Leicester has, it must be said, conducted the entire exercise with style, dignity and respect for a dead monarch. Natural materials which would have existed in the medieval period, sourced from the British Isles, were used to pack the bones into a lead-lined coffin. These were a combination of washed natural woollen fleece, wadding and unbleached linen. The bones were laid out, as if articulated, in the casket. The lid of the outer coffin was made of English oak.

The stone for the tomb is a Swaledale fossil stone limestone, quarried in North Yorkshire, polished to a fine finish. It stands on a Kilkenny marble plinth and carries a deeply incised cross, carved with King Richard’s name, dates, motto and inlaid with a coat of arms made in marble and semi-precious stones.

Richard’s mortal remains are being re-interred in the Cathedral, within an ambulatory (a walking space) between the newly created Chapel of Christ the King and the sanctuary on Thursday 26th March, in the presence of Justin Welby, Archbishop of Canterbury and senior clergy. The cathedral is open to the public to view the tomb from Saturday, March 28th.

The King Richard lll Visitor Centre: Dynasty, Death and Discovery in Leicester opened in July, 2014 over a city centre site where Richard, the last English king to die in battle, was buried over 500 years ago.

The centre use some smart technology to bring to life the story of the last Plantagenet king, from his rise to power, brutal death in 1485 in the Battle of Bosworth Field, and the eventual re-discovery of his remains in a Leicester car park in August 2012. Exhibits include a remarkable facial reconstruction and a replica of his skeleton. His former grave is at the centre of a glass-floored “contemplative space”. His final resting place in Leicester Cathedral is just 100 steps from the centre.

Visitors may chose from a choice of short breaks, which includes accommodation, exhibitions, themed teas and guided walks, and follow the 500 year old trail of the king around the city and county. Or, like me, they could take the free walk leaflet.

I found plenty in old Leicester to conjure up a picture of how it might have felt that August morning in 1485 when the king rode to war from the Blue Boar Inn. Today a Travelodge stands on its site. Anybody with the surname Plantagenet may stay for nothing.

One building he would certainly have known is the 600 year old Guildhall. There is a free exhibition here, telling the story of the excavation in Greyfriars, and the history of the last King of England to die in battle.

Other places that could have caught Richard’s glimpse on his way to battle include the Roman wall, Leicester Castle’s gateways, Leicester Abbey, where Cardinal Wolsey died in 1530, and the fine 12th century church of St Mary de Castro, where Chaucer may have been married. And the Church of St Martin, smaller then, and now Leicester Cathedral. Most of the cathedral you see today is a Victorian restoration.

Richard crossed the river on Bow Bridge – a new bridge stands on the site – on his way to the battlefield at nearby Bosworth, where Shakespeare summed up his personal transport dilemma in one of the best known lines in all theatre.

Other sites linked to Richard include the 13th century Donington le Heath Manor House. A bedroom contains the bed in which Richard is said to have slept at the Blue Boar.

More information on Richard III in Leicester and the city itself.

Now, what of Leicester beyond the king?
There are other attractions in Leicester to reward the visitor even if Richard had never been born. One is New Walk, one of Britain’s first, and most refined, pedestrianised streets. I walked out of the station (my train took just over the hour from St Pancreas across the pleasantly rolling fields of the South Midlands) into this big surprise. I had never heard of New Walk (in reality “very old walk”). Visit Britain should give it prime billing in their brochures.
This mile-long traffic-free way was set out in 1785 to connect the town with the racecourse, and little has changed since. Lined with elegant houses and stately squares from the Regency period onwards, the walk was recently spruced up with Lottery funding. It’s the perfect promenade for the next Jane Austen movie.
Visitors will certainly  want to pause at New Walk Museum and Art Gallery, childhood haunt of David and Richard Attenborough. Richard put a hundred of his Picasso ceramics on permanent display here.
New Walk ends close to Leicester Market, voted Britain’s Favourite Market for 2009, and the Lanes, several streets of independent shops whose promotion has been inspired by their Brighton namesake.
Leicester is not all old. The bold egg-shaped theatre was completed with a big dollop of transatlantic chutzpah in 2008, just ahead of the recessionary spending cuts. New York architect Rafael Viñoly, runner-up in the contest to design a replacement for the Twin Towers, came up with the graceful, circular shape.
The National Space Centre, on the city’s edge, is the UK’s largest facility dedicated to space. It is both seriously educational, and great fun. Attractions include the UK’s largest planetarium and many space related items and interactive displays. I enjoyed the journey, in a simulator, through meteorite showers and radiation clouds to land on Jupiter’s moon Europa.
There is a daunting choice of food. Melton Road is end-to-end ethnic eating out. I sat in a corner they had made into a shrine to Indian cricket in the Feast India restaurant, next to an original tuk tuk, sampling the sub continent‘s vast culinary offering.
I moved round the map, from fiery Indo-Chinese stir fry and giant crispy pancakes from the Deep South, via Goan Prawn Curry, and up to Punjabi Kadhi and Hyderabadi Chicken. I finished with an intensely sweet Indian pudding, or two.
One of the closest out of town attractions is the Great Central Railway. Starting on the city’s northern edge, this is the UK’s only double track, main line heritage railway, voted one of the top 50 train journeys in the world.
I stayed in the little Maiyango boutique hotel in the centre. Next morning I took a pre-breakfast stroll into the historic heart, past the cathedral, the Victorian Town Hall (one for the most energy efficient in the UK) the timber-framed 14th century Guildhall, the highly haunted (well, said to be) Belgrave Hall and Jewry Wall, second largest piece of civic Roman building in Britain.
Add on Leicester Abbey, (the Abbey of Saint Mary de Pratis) where Cardinal Wolsey died in 1530, the fine 12th century church of St Mary de Castro, and you have a roll call of attractions to match many a European city. Perhaps we would make more fuss of Leicester if it was on a Eurostar route over the Channel.

I stayed at Maiyango boutique hotel http://www.maiyango.com/ and travelled with East Midlands Trains www.eastmidlandstrains.co.uk. The Richard III short breaks, with entry to Guildhall exhibitions and Bosworth Battlefield Heritage Centre, hotel and B&B for one night  – from £79 for couples, £99 for families.  See