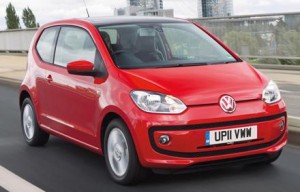 Small car options looking up, but why coverage so coy on fuel economy

The Week includes a weekly “New Cars” section, a useful digest of what motoring journalists are saying about the latest models.

Useful, that is, unless you’re interested in the one detail which we are said to to care about more than anything else as drivers, the cost of fuelling our cars.

Very often these vital mpg figures are missing, presumably because the journalists being quoted didn’t see them as important. So we shouldn’t necessarily blame The Week for leaving them out.

Too often it hardly matters anyway, as you can tell at a glance the model described hardly sets new standards in fuel economy. These days 40 or even 50 something mpg isn’t particularly special, when you compare that with the equivalent energy consumption, converted to mpg, of electric cars, which are up in the 80 mpg equivalent or more range. The Nissan Leaf  promises an estimated 99 miles per gallon equivalent.

Yet every so often a car comes along where one of its main selling points is surely its fuel efficiency. I’m talking about the new Volkswagen Up! Due out shortly, it is priced at a very appealing “from” £7995. But in the three short, distilled reviews in The Week, the only technical details you find are the car’s length, its four seats, the 251 litre boot, its top speed of 100 mph (and quite where will you be doing that in the UK?) and acceleration of 0-62 mph in 14.4 seconds.

One review says this – “properly nippy, agile small car”;  and “serene and solid feeling”.  No reference at all to its mpg or CO2 output.  I looked them up on the Volkswagen site where they are really buried away, so I gave up.

A quick web search brought me to the original Telegraph article quoted in The Week, and I found the fuel consumption figures were in the article all along, so maybe the magazine could have quoted them.

This is what the Telegraph said:

“Economy is quoted at 62.8mpg combined with CO2 emissions of 105g/km. A Bluemotion version of this car with a stop/start system promises equivalent figures of 67.2mpg and 97g/km.”

That Bluemotion option is particularly attractive, as it brings the car below the crucial 100 g per kilometre which allows it to escape the congestion charge in London.

What disappoints me is that with the global imperative to reduce CO2, in one of the areas where the public can make a real consumer choice which could play a big part in their household’s output of carbon, the information to help them make that decision isn’t readily available.

One government’s website states:  “In the UK, 40 per cent of CO2 emissions are caused by individuals, mostly from energy used in the home, driving and air travel.

The recent COP17 climate talks in  Durban agreed that governments should set binding CO2 reduction targets by 2015, and implement them by 2020.

That’s just 8 years away. And many commentators think that’s very late in the day for meaningful action.

So buying cars (many of which will still be running in 2020) that create much less Co2 than conventional models is going to play a big part in helping us meet those targets.