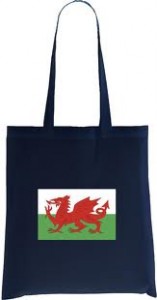 The Welsh have cut their use of plastic bags by 76% in less than two years. Where are the riots?

The Welsh are so different from the English, aren’t they? They like rugby, unlike the English. Apart from the passionate 90,000 who regularly pack Twickenham, and the grounds at Northampton and Leicester and Bath and Gloucester and one or two other places.

The two nations definitely diverge on football, don’t they? No interest in the game in Wales, unless you include those two little-known clubs Cardiff and Swansea, currently hiding away in the Premiership.

Cricket? No following in Wales, you see, which is why Lords will only give them the occasional minor interest game like an England v. Australia Ashes Test in Cardiff.

Come on, there must be something the two countries don’t have in common.  Yes, the Welsh clearly have a backs to the the wall resilience that enabled them  survive one of the biggest crises in their recent daily lives.

Whereas the English, despite enduring the Blitz, the three day week and the BBC’s summer repeats, clearly wouldn’t have the stomach for this particular on the beaches fight.

The government realise this, and that’s why they won’t be introducing a charge of plastic bags in England.

According to the Daily Mail, not a newspaper whose campaigns I normally endorse, the Treasury did not want to force a levy on supermarkets, and other shops, before the election because it would be unpopular with voters.

No matter that the Welsh, who shop in the very same supermarkets, have cut their use of plastic bags by 76% (the Mail says 81%, but whichever figure you take, it is huge) in the 20 months since the 5p charge was imposed in the principality.

The paper quoted a senior Lib Dem spokesman as pointing out it was “the Tories in the Treasury who are blocking this” not Lib Dems. The person said  Treasury ministers think households ‘would hate it, and that that is more important than the environmental consequences.’ Unlike the very different Welsh.

According to the Mail, the Department for Environment, Food and Rural Affairs is officially still examining the evidence from Wales. I would love that job, and I bet I can do it for less, on a  consultancy basis. I would take a day trip to Cardiff, hang around outside a few supermarkets and ask about 100 people what they thought. If there was time I would pop down to Swansea and repeat the exercise.

But let scientific exactitude go out the window. I’m fairly sure, no very sure, people would tell me that on the whole  they are coping quite well and getting on with the rest of their lives. Would they go back to free plastic bags? Nah, what’s the point?

In a way the following words carry more authority because it’s the Mail saying them and not the muesli and sandals-loving Guardian: “Plastic carrier bags from supermarkets are used for an average of just 20 minutes, but survive for hundreds of years, littering the landscape and killing marine animals that eat or get tangled in them.”

Although our usage of plastic bags across Britain is down from 2009, it’s actually rising year-on-year, now. According to WRAP (http://www.wrap.org.ku) a charity backed by four governments in the UK working to help people “recycle more and waste less”, 8.1 billion thin-gauge (single-use) bags were used by supermarket customers in the UK in 2012.

A Lib Dem source told the Mail: ‘It is still something the party supports, as do many Tories, but there is no movement from the Treasury on it.’ Earlier this year, the Lib Dems’ environment spokesman in the Lords, Baroness Parminter, said charges would deliver financial as well as environmental benefits, as householders pay the ‘hidden costs’ of disposing of millions of plastic bags in their council tax bills.

I suspect that with Northern Ireland imposing a charge, and Scotland likely to follow soon, the Westminster government will cave in to the Voice of Middle England, and reluctantly (although I’m sure the decision would be very positively spun) impose a compulsory charge.

And then, having disposed of  such an easy low-hanging fruit issue, as it’s known in the trade, the government can move on to some more challenging problems, such as sorting out global warming. Oh, I forgot. Some of them are still examining the evidence.