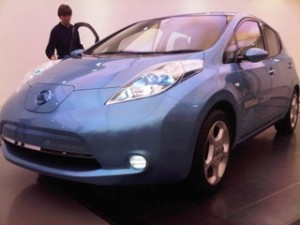 Not many electric cars - yet

There’s been a slow start to the UK’s electric car revolution.

534 electric vehicles (EVs) were registered to the government’s plug-in car grant during the first quarter of 2011. So far, 213 have been delivered, mainly Nissan Leafs.

A government-funded incentive scheme, paying £5000 to people who buy the cars, helps offset the higher price of the vehicles. They cost typically at least a third more than conventionally-powered equivalents.

Sales will obviously rise as more of the nine cars that qualify for the grant come onto the market. They include Vauxhall’s Ampera, the Volt from Chevrolet and the  all-electric version of Toyota’s Prius hybrid.

The AA calculates electric car running costs at about 2p per mile, against around 14p per mile for a similar-sized petrol or diesel car. They pay no vehicle excise duty, have cheaper insurance premiums, are exempt from London’s Congestion Charge and can be charged for free at some public car parks.