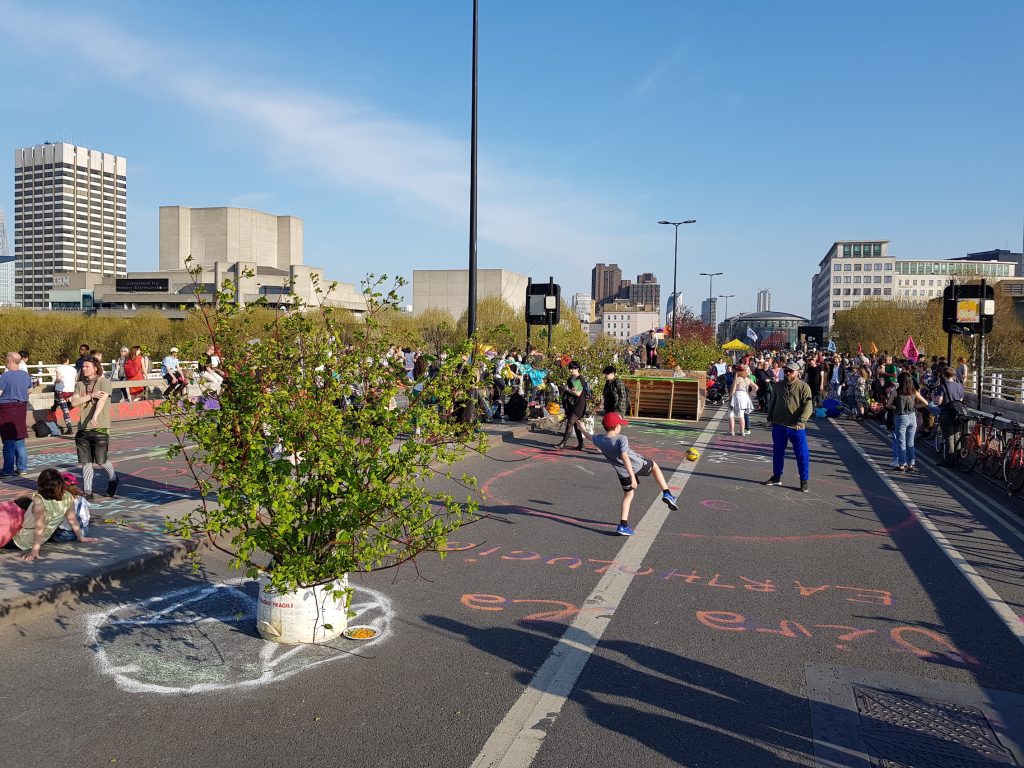 A year ago today Central London was in a different sort of lock down. Over the Easter weekend hundreds of Extinction Rebellion activists peacefully occupied Oxford Street, the Marble Arch area and Waterloo Bridge. It was the most concerted direct action to date to draw attention to the gravity of climate change and the urgent need for measures to counteract it.

12 months on, and the international response to the crisis has been mixed. So many politicians and business leaders still need to be persuaded that we need to act now, not just doing enough to make stately progress on a timeline stretching to a distant 2050.

Over the Easter weekend in 2019, Extinction Rebellion established itself as a formidable campaigning body with an irrefutable argument. Some politicians and media commentators did their best to discredit the movement, shamelessly sniping at a 16 year old girl, as if she were some kind of latter-day prophet, capable of deluding many thousands of rational people. Take her out, seemed to be their plan, and the whole flimsy movement would come crashing down.

Extinction Rebellion endured, of course, growing in strength and influence. It had friends in the media, but not enough to communicate its message with the day-to-day regularity, and certainty, of, say, a TV channel giving us the weather forecast. And free of the constant carping and doubting that no weather forecaster would be subjected to. “You say there will be a thunderstorm tomorrow afternoon, but isn’t that a bit alarmist? You are being manipulated by the umbrella manufacturers”.

Last September  (2019) Extinction Rebellion launched its own monthly newspaper, Hourglass. Full disclosure: I was fortunate to be given a regular slot writing on travel with a low environmental impact. Now, after six issues, Hourglass is threatened by the economic fallout of Covid-19. It desperately needs additional funding if it is to survive.

It has had to stop publishing a physical newspaper, and needs money even to survive online. Hourglass has launched a crowdfunding appeal, with an initial target of £3200 by the end of April.