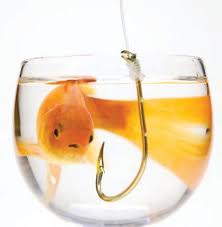 Safe! Whitehall won't serve you if you are not sustainable

They will now extend to all fish, without any exceptions.

Previously 4 out of 10 fish bought by Whitehall (effectively the British civil service) were to be excluded from the plans.  This meant  public money could have been spent  on Whitehall indirectly  threatening  certain species with extinction.

This important change means that:

Much of the credit  for this  welcome government change of mind goes to the Good Food for Our Money Campaign, which has been driving this issue through an Internet campaign.

Alex Jackson of the Good Food for Our Money Campaign  said it was now calling on the Government to apply these standards to all fish served in the public sector (rather than just Whitehall), including in schools, hospitals and care homes.

And he asked people to support the “Sustainable Fish City” campaign, to make London the first city where businesses, schools, hospitals, universities and citizens eat only sustainable fish.