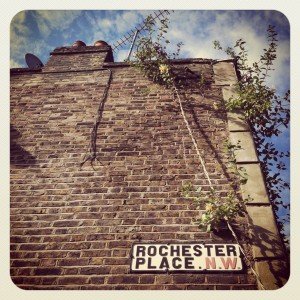 Where in the world will 3D printing take us?  I think we can now pose the question in such dramatic terms, with the very real expectation that something exciting is going to happen over the next few years.

It is clear now that the industry is past its novelty stage, where, apart from some rarefied technical items, the principal output seemed to be mere fripperies, fantasy items and impossibly intricate, but largely useless trinkets.

Take one simple measure. The LinkedIn 3D Printing Group has just accepted its 5000th number. Moderator Paul Cesak launched the group in 2009. “I started out adding about 5 people a week and thought that was awesome. I was amazed when we hit 500 folks total and even more amazed when we hit 1000.”  Now he’s adding more than 100 members each week.

Cesak says he looks forward to the day when he can bring up the subject and the recipient does not reply with….”What is 3D Printing?”

For me it was watching a video showing Royal College of Art student Markus Kayser using a solar powered 3D printer to make a glass bowl in the North African desert with nothing but sand as a raw material. Another was the front cover of the Economist magazine two or three years ago, illustrated with a real playable violin  created by a 3D printer. (Here’s something I wrote on the 3D debate.)

I searched for an example of a small-scale 3D enterprise, about to grow. I didn’t want Silicon Valley, or even some shining, high spec factory in an industrial zone or development area. I limited my search to Central London and this was the first place I found: Digits2Widgets (D2W).

This business seems to have grown out of Andrew Dawood’s dental practice, in a Grade II listed Georgian town house in Wimpole Street, Marylebone.  It was set up to optimise Dawood’s investment in 3D printers and scanning technology , which he used in his pioneering dental work.  “Printing out” dentures in exact detail seems an appropriate early use of 3D printers.

D2W announces on its website that it has outgrown its original base and is relocating to a new building at Rochester Place in Camden Town (North London).  It begins production there in May (2013).

“We’re extremely excited, as it will transform the way we work and enable us to much more actively promote the exploration of 3D printing’s potential”, says D2W  on its website.

D2W finds it will have plenty of room to set out its 3D printers and associated equipment, and plans to use some of the spare space to set up to create a permanent gallery where it will display “really fine examples of the use of 3D printing technology.”

The company has its own plans to drive 3D printing. “In order to further fuel interesting and challenging applications of the technology”  it plans to set up a residency programme.  It wants people to submit proposals for creative ideas that relate to 3D printing. Those selected will then be invited to consult with D2W for a month and have the use of its 3D printers, to explore their ideas. At the end of the residency, the gallery will host a public exhibition of the work produced.

Using additional spare space it will have in its new quarters, D2W plans to create a 3D printing hub to “cross fertilize the development of the technology and produce astonishing results”.

It is generously offering design space to anyone  looking for the creative boost of working alongside 3D printers.  Potential applicants are asked to make contact.

“We have lots of space up for grabs, so whether you’d like to relocate your entire enterprise to sit alongside us, or whether you might just like to start off with a desk…all possibilities are up for discussion.

D2W is offering to do yet more with its new premises.  When it is open it plans to host a series of open evenings, simply to explain to people how the technology works and what it might do.

“To the vast majority of people, 3D printers remain a mythical and magical beast which they have only ever glimpsed on TV or on YouTube.  Most often these snippets are very misleading and leave people with the impression that it’s a simple technology that can almost instantly produce anything.  This is not strictly true. We want to encourage people to come and see them in action; machines making real projects (not just bunnies or wrenches) with real limitations, with real time and processing logistics.

“We firmly believe that the more people understand about how the machines work, the faster they can understand the real and astounding potential for the objects that can be produced.  We are happy to welcome visitors by appointment, but the new building will enable us to organise D2W Open Evenings where people can come and see the machines in action, touch the materials and properly understand the potential.

“This communication and sharing of knowledge and expertise is at the core of all that we do.  The urge to understand and develop the technology in order to create more wonderful objects that have never been conceivable before.”