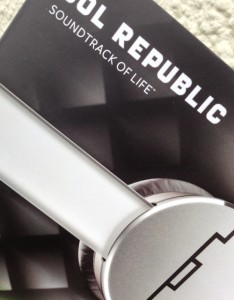 The scene: a student flat in my youth. Try this, says a friend. (No, not what you’re thinking.) I put on a pair of bulky, leather-padded headphones and immediately I am transported into my own private concert hall, to which the rest of the world doesn’t have a ticket.

My friend, who had some very expensive stereo kit, turned on Richard Wagner’s Tannhauser overture, and it was as if I was sitting alongside the conductor. I won’t say that moment triggered a lifelong passion for this brilliant and dreadful (because of his anti-Semitic views) composer, because I was already smitten by his gorgeous, intoxicating sound. (Most people know Wagner today, of course, through his Ride of the the Valkyries overture, used to best effect in the movie Apocalypse Now.)

What it did plant was the intention that one distant day I would aquire a pair of headphones. Then, though, headphones were a really expensive and unnecessary consumer item, unless you were a music engineer.

Most music came out of a cheap, tinny, transistor radio. Or a fixed stereo system or music centre. It didn’t make sense to sit hunched over either of these wearing a pair of headphones which then would have cost several times more than the piece of equipment you were listening to.

The Sony Walkman changed the listening culture forever in 1979. But for many years there was still little demand for high-quality headphones, to replace ridiculously low spec in-ear version that came free. So few people made them, outside the specialist market.

Buying big, bulky, leather-padded headphones made less sense still, even if you could get them to fit.

It wasn’t until the 2000s, with the lauch of the iPod and subsequent devices that let you carry music about with you, that headphones once again became an option. To many people they became a necessity, both as a way of retreating from the world in public, and of listening to your music in far better quality in your own private performance room.

In 2011 Sol Republic moved bravely into a very crowded marketplace, describing itself as a lifestyle company dedicated to enhancing people’s lives through better-sounding headphones. It resolved to do the job differently, “offering amazing headphones that are affordable for virtually all music fans.”

I like the way the company elevates music to the level of important lifetime experience. Inviting me to the launch of their new headphones brand, they asked me what were my memorable musical moments. After some thought I chose, as “Soundtrack of your life”, music from Local Hero, by Mark Knopfler. My favourite track I named as Going Home, theme of Local Hero. My favourite artist was Don McLean, My Best Music Moment was hearing a busker play Ring of Fire in the street outside our hotel in New Orleans 7 days before Katrina.

When I arrived, there was my name badge waiting for me with my list of music displayed for anybody to see. What a conversation opener!

I used to listen to nothing but classical music. Then the wonderful creativity of the Beatles at the height of the creative power became an indelible emotional landmark in my growing-up years. Since then my tastes have widened into jazz, Latin and world music (thanks to the much missed Andy Kershaw on Radio 3). My tastes have become wider, and deeper, but I haven’t yet learned how to manage them.

Younger readers (and listeners) may not understand this, but it takes time to adapt to the new way of listening to music. We were used to playing LPs in a rigid and structured way, through from the start to the finish, even if we did often miss out the second side. And to playing CD tracks in order for 50 minutes or so, aware that you were not giving the attention they deserved to the later numbers. We rarely used random play.

I shouldn’t marvel any more at the fact that all the music that I would ever want to listen to can be contained in a little square device hardly bigger than a book of postage stamps, but I do. Or that they should also be on my smartphone, which is also my camera, torch, map and the way of finding out if my train is running on time. But I wonder at that too.

In all this headload rush of technology, headphones are the one thing that, at least in design, haven’t changed very much. Yet their time has come just because of the changes in the world of music around them.

I could never really justify buying a pair when my sound system, running CDs, delivered my music perfectly adequately. The sound revolution, driven by pocket devices that would deliver my favorite music wherever I wanted it, changed that. Time to tick one of the oldest items off my wish list.

In the interests of full disclosure I should say that Sol Republic gave me a pair to review. I had been looking actively, so the company’s generous gesture has only speeded up the  inevitable. The clues were in the additional time I would spend aspirationally trying pairs on in the Apple store in Covent Garden. (Hope nobody noticed.)

Let’s not take this too far. I’m not an easy fit into that enthusiastic army of Sol Followers, the SOLdiers, “the community of followers, fans and dreamers” in its worldwide social media communities, but I like their attitude, and the company’s philosophy in calling the SOLdiers together impresses me. And I agree with the company’s core dictum about the power of music. “It touches us and moves us in profound ways…Music provides the soundtrack for every memory and for the profound and everyday moments in your life.” (SOL is an acronym for Soundtrack Of Life.)

Today’s music has social media as one of its principal allies. Social media is the marketing model of our times, and probably of our future. As Sol’s CEO Scott Hix explained – his presentation to the media in the Wyld Bar of the W Hotel earlier this month was fluent and passionate and visionary – young people don’t pay much attention to formal advertising these days, but they respect the opinion of their friends and peers. If people they know and trust endorse a product through social media, then that’s a view that counts.

He spoke of one young lady who was committed enough through that social media message to travel down from Canada and turn up at Sol’s office in New York City and ask to become one of its warriors.

The company’s twitterati and Facebook followers have a considerable, growing power, and they know it. They can’t be silenced, and their views can’t be reprocessed.

Sol Republic wants to be fair, and transparent, with its followers. When Michael Phelps wore the company’s headphones as he walked out to compete in the London Olympics, the cynic might have breathed “clever product placement”. Not so. Phelps had approached the company before the games, and told them he liked the product. He wore them of his own volition. There was no deal.

The company wants to bring high-quality headphones to a wide market, and it is keeping the retail price low. There are other intriguing selling points. The band that holds the headphones on your head is said to be virtually unbreakable. You can watch videos online of reviewers trying to twist them to breaking point through extreme muscular contortions. The headphones themselves are removable, and so is the wire to the sound system.

I’m reluctant to expose myself to ridicule by offering a deep technical appraisal, but there seems to be a consensus among people who do know that they are very good pair of headphones with good bass and, in the Tracks HD V10, which I have, an excellent upper range as well.

Sol Republic, though powered by its fans rather than anonymous investors, faces a stiff challenge, competing in a very crowded market. And where is its market? I would like to say you can’t pigeonhole music lovers, although I can quite understand that Sol Republic would expect to sell many more headphones to the queue to a One Direction concert in the O2, than in the foyer of London’s Festival Hall.

Yet the boundaries between musical genres are blurring. After all, Festival Hall music is available on iTunes too, where an entire 20 minutes movement of a symphony is intriguingly called a “song”.

I have no intention of bending my headphones to destruction. I intend to enjoy them, and make up for all those years of indifferent sound.

And with that I’m now going to download Richard Wagner’s Tannhauser overture and relive a great moments from my youth. Followed by Ring of Fire.