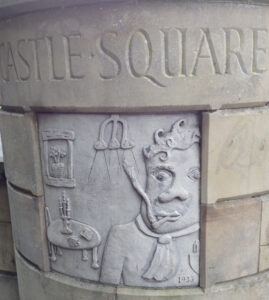 “The itinerant, ultra-sociable Thomas would have been the last person to be constrained by social distancing, red and amber lists, and isolation. He was a man of the pub. It’s hard to see how he could have survived as a writer without beer-fuelled social interaction.”

Dylan Thomas knew Under Milk Wood was good, even in its hurried, jumbled, unfinished form in which he gave several performances, with a cast, or on his own, from Boston to Porthcawl, before his untimely death.

So it would not have surprised him that the National Theatre would choose the “play for voices” as its re-opening post-lockdown production (June 2021). Or that the opening run almost immediately sold out.

Despite his chaotic lifestyle, Thomas was acknowledged as a literary titan in his lifetime – in 1952 the Observer’s critic Philip Toynbee called him “the greatest living poet in the English language” – although he did not live long enough to see the play, in which we eavesdrop on the dreams and innermost thoughts of the inhabitants of fictional Welsh fishing village, Llareggub, recognised as a masterpiece.

There is an easy answer to the question: where did the play come from? From Thomas’s potent imagination, and facility with words. But it came from places, too, and lots of them.

The story of his first reading the unfinished Under Milk Wood on 3 May 1953 in Boston, at the Fogg Museum, Harvard, is well-known. As is the saga of his frantic efforts to complete the stage premiere, only minutes before it opened in New York, 11 days later.

I thought I could chart its genesis, through his writing sessions in his many addresses, as diverse as New Quay in Mid Wales, South Leigh in Oxfordshire, Laugharne in Carmarthenshire and Hammersmith, and via further readings he gave in Porthcawl(*) and Tenby. He was still adding lines almost to the end of his life in November 1953.

But now I wonder if it all began on what must be one of the most inspirational walks in 20th Century poetry. Wordsworth had the Lakes District, Byron the Alps. Dylan Thomas walked his own high route, from 5 Cwmdonkin Drive in the west of Swansea to Swansea Grammar School. He must have done it thousands of times – no school buses in those days.

Who knows what lines turned in his head, behind that cherubic face, under that “curly mousebrown hair”. Well we do know some of them. 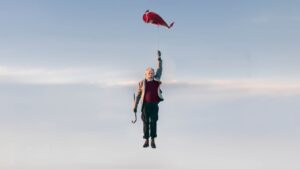 In 1931, when he was in the sixth form at Swansea Grammar School the 17-year-old Thomas wrote a piece for the school magazine which had a structure not unlike Milk Wood 20 years later. Two years on, before he left Wales for London, Thomas have conversations about a play to be set in a Welsh village with his friend Bert Trick while they were staying in Trick’s cottage on the Gower Peninsula.

Under Milk Wood is an appropriate play for coming out of lockdown. It has a sleepy subject matter in a place that was its own perpetual bubble. But the itinerant, ultra-sociable Thomas would have been the last person to be constrained by social distancing, red and amber lists and isolation. He was a man of the pub. It’s hard to see how he could have survived as a writer without beer-fuelled social interaction.

Here is an account of Philip Larkin meeting Thomas in Oxford, around 1950 (as WS Graham recounts in Speaking Towards You). Larkin was an undergraduate, and treasurer of the Oxford English Club. He had the job of entertaining speakers after meetings. He and fellow students took Thomas to the city’s premier hotel, the Randolph. (And George Orwell to a “not so good” hotel.)  Larkin wrote of Thomas: “a hell of a fine man, a little snobby, hopelessly pissed bloke who made hundreds of cracks and read parodies of everybody in appropriate voices.”

London is bursting with Dylan and Caitlin connections, in pubs from Camden to Chelsea frequented by the tempestuous couple. You can follow his trail from their home in Newquay in Pembrokeshire, via Penzance, where the couple were married, to South Leigh, where Dylan wrote part of Under Milk Wood, as well as Oxford itself. And there is New York, where he died after a drinking session in the White Horse tavern.

For my part, over the years, I have tracked the couple through many of my favourite places, from Worm’s Head on Gower, to San Francisco, from Oxford to Florence, Cornwall to Prague.

It is in Swansea, though, where his story is anchored. “This sea-town was my world.” Like Dylan, I was born in Swansea. The platinum-tongued lothario chatted up my mother, when she was at the Swansea School of Art. My father bought all Dylan’s poem and stories, inspired by the gentle fields, farms and villages of West Wales where he was “green and carefree, famous among the barns.”

In 2014 I was privileged to walk around the city with his granddaughter Hannah Ellis, patron of the Dylan Thomas 100 festival, and Dylan expert Jeff Towns. Jeff knew practically every street the writer ever crossed, on his way to every pub whose bar he propped up in garrulous conversation.

Few cities in Britain are so imbued with the memory of a writer. You could list D.H. Lawrence in Nottingham, J.K. Rowling and Alexander McCall Smith in Edinburgh, Dickens in Portsmouth, and Colin Dexter in Oxford. But Swansea is the beat of a man who, briefly, was everywhere. Perhaps only Dublin can match it, so closely associated with James Joyce.

We met close to the Bush Hotel in High Street, where Dylan took his last drink before his train to London, and on to New York for his fateful last visit. Much of the city centre was destroyed in the Blitz in 1941, but Jeff finds enough original Swansea to paint his picture.

We walked down Salubrious Passage, where a mischievous schoolboy Dylan would drop coins heated on a Bunsen burner, and watch passers-by pick them up and drop them with a yelp. We saw the offices of the newspaper where he worked as a reporter, and the BBC studio where that rich stentorian voice would boom at the microphone in many a live broadcast.

Waterstones bookshop in Oxford Street used to be the Carlton Cinema. Dylan knew it well. It still has the original ornate staircase in what was the foyer. The Kardomah cafe, where he spent so many teenage days with his friends was destroyed in the Blitz. We called in at the “new” Kardomah in Portland St, now historic in itself, for a pot of tea and a custard slice.

If there is a shrine to the poet, it is surely 5 Cwmdonkin Drive. Thomas was born here, up the steep “chilly, glinting hill” from ”A Child’s Christmas in Wales”, which is set here, even if he never said so. In this house he wrote half his poetry, including the famous lines of “And death shall have no dominion”.

A local couple restored the house with a passion to replicate the exact look of 1914. It’s now a bed and breakfast, open to visitors, and a base for Dylan-themed tours.

It’s a sad fact that Swansea, in his day, and after it, never fully accepted the bibulous, flirting scribe, whose behaviour was moderate by today’s standards.

The world is more forgiving. The Dylan Thomas Centre, with its exhibition on his life and work, is in Swansea’s Maritime Quarter. An ex-President of the USA, Jimmy Carter no less, opened it. Another ex-president, Bill Clinton, took a coach trip down to Wales in search of Thomas, when he was a student at Oxford in 1969. Peter Blake put Dylan on the most famous of all record covers, the Beatles’ Sgt. Pepper’s Lonely Hearts Club Band, in 1967.

And an edgy establishment gave him full recognition in 1982, when a plaque to Thomas was unveiled in Poets’ Corner in Westminster Abbey, between memorials to Lord Byron and George Eliot.