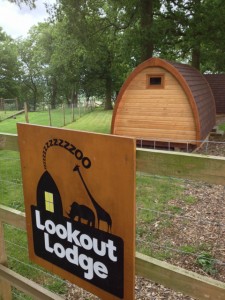 Until recently our tourism industry assumed that tents, and most other variants on outdoor living, and for good reason, were for masochists. We British can be as hardy and stoical as the next nation in a crisis, but most of us sensibly shun sleeping under canvas for recreation anywhere north of a French campsite.

If we wanted the outdoor life we chose caravans, the safe and comfy option ever since Mr Toad spied his canary coloured fantasy in Wind in the Willows. The new phenomenon of glamping, with its full list of comforts and real touches of luxury, has the potential to change all that.

Glamping is camping with comfort, glamour and just a hint of luxury. And I recommend it even to those of you who resolved never again to darken a tent’s entrance after those purgatorial right-of-passage nights under canvas in your youth.

My list of possibilities includes a yurt from Mongolia, a caravan from Ireland or an original English shepherds hut, all available now in the corner of some British field.

I could equally well have been toasting this bright new take on pampered outdoor holidays on a farm on the Isle of Wight, on the side of the loch in Scotland, or even up a tree in Mid Wales.

So where did this new craze come from? Nobody really knows, but those hardy campers at Glastonbury and other pop festivals were the pioneering test drivers of the early versions of glamour tents. In a very short time holiday businesses and manufacturers have torn down the five bar gates of camping convention, and opened the countryside to comfortable living.

The recession has helped, with stay-at-home Brits looking for interesting new domestic holiday options. And they don’t come more interesting and varied than glamping.

Technology has brought camping to a higher level of cosiness. Tents come in any colour. They no longer drip with condensation. They are as robust as that high performance product you find half way up Everest. Most feature hot and cold running water, electric lights, toilets and showers.

Because they have been set up from scratch by small companies and landowners, glamping sites are usually small and select, tucked away in woods or meadows, well apart from traditional camp sites.

There are many variations on the tent. Some are updated versions of an ethnic design. You could book a modern Mongolian yurt, based on the portable, wood-framed dwelling used by nomads in the steppes of Central Asia. Or a tipi (wigwam), but not as Chief Sitting Bull knew it. These have luxurious bath linen and private hot tubs. Expect thick oriental rugs, futons piled with cushions, lanterns, cosy duvets, and painted furniture.

Some glamping tents bigger than  hotel suites, complete with four poster beds, chandeliers and sink-into sofas. You could hire a luxury bell tent on a Scottish loch site, and wallow in a wood-fire heated roll top bath while you take in grand mountain views.

Add to your wish list the ultra-chic geodesic dome tent, with transparent walls on a metal frame. This is where glamping meets geometry. The geodesic design is said to create more space without internal supports than any other structure.

I couldn’t find anyone offering personal butler service, but that will surely follow. Already some sites bring a breakfast hamper to your door, and you can order evening meals if you don’t fancy cooking. If you do, the new Jamie Oliver wood burning oven is just the deal.

There’s more to the glamping portfolio than canvas. There are all sorts of enticing shapes on wheels, such as the retro, sumptuously-curved silver airstream caravan. Then there’s what must be the most-loved thing you can sleep in on wheels, the Volkswagen camper van. And right back in fashion is the traditional wood gypsy caravan of the type that turned Mr Toad’s head.

Glamping is spreading to more gorgeous, and unexpected, places. In a forest near Builth Wells in Wales, for example, you can book what is claimed to be the UKs first tree tent. New last year (2013) were wooden shepherd huts on the Three Cliffs Bay cliff-top campsite on the Gower peninsula, South Wales.  And in 2012 the Zoological Society of London opened its Lookout Lodge, a string of comfy wooden huts in the heart of Whipsnade Zoo in Bedfordshire.

This is the nearest you can come to the full African safari and game lodge experience. There’s an afternoon welcome with a glass of bubbly, followed by an early evening safari tour after other visitors have departed. The zoo host a barbecue opposite the tiger enclosure, followed by a torch-light tour back to the huts. Next morning you awake to the sounds of the wild, and an early tour before everyone else arrives.

There is a rich list of glamping opportunities in the UK, but if you want to be more ambitious, here are some to consider.

The Elqui Domos resort in the Chilean Andes offers glamping with added stargazing. Study the heavens through a hole in a retractable roof in a dome tent. In the USA you can try glamour activity camping on a working farm, and join in the daily chores.

The most exotic option I found was a stay amidst lush jungle on the Tatai River on the Vietnam Cambodia border. Is this the world’s first floating luxury tent resort? Now, how long before we see that on the river Thames?