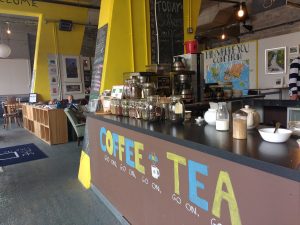 April 2018 marked the 20th anniversary of the Good Friday Agreement.  The 30 years before that was marked by bitter violent conflict. In the closing days of 2018 there is renewed verbal animosity, not from the province itself,  but from politicians in Westminster over the status of the border between Northern Ireland and the Irish Republic after the UK leaves the European Union, scheduled for March 29, 2019.

Lonely Planet chose Belfast, together with Northern Ireland’s Causeway Coast, now the location for Game of Thrones and other film and TV series, as its region to visit in 2018.

The accolade is a remarkable vindication for the Peace Process, which began in the 1990s after almost 30 years of sectarian strife in which thousands of people died.

Belfast was once a byword for strife. While it and Northern Ireland can never gloss over a tragic past, it is becoming increasingly, and reassuringly clear, that the peace between once-warring communities is on solid ground.

Northern Ireland is the only area of the UK to be included in Lonely Planet’s definite list, alongside Alaska, the Kii Peninsula in Japan and Slovenia’s Julian Alps.

In most cities in the world one of the last places where you would look for a significant historical statement, some words to say a terrible time may be over, is a covered shopping mall. But Belfast is different.

There are two surprising names on the plaque marking the opening of the city centre Victoria Square shopping complex, full of light and moving stairways and the usual big name stores. Normally a minor royal or dull civic worthy does the deed. But, incongruous and remarkable, I saw the names of Ian Paisley and Martin McGuinness. These once deep political enemies jointly cut the ribbon.

So shopping played an early role in rebuilding this ravaged city. More recently has been more recently it has been the film and TV industry, and the most ill-feed of liners.

The Titanic, “the new wonder of the world,” the most luxurious ship in the world until that date, was completed  here in the former Harland and Wolf shipyards between 1909  and 1911. The Belfast Titanic complex house nine galleries with interactive exhibitions, including  recreations of the ship’s decks and cabins.

After that the city is entitled to celebrate triumphs before, and after, the tragedy. Many more great liners, such as the Britannic and the Olympic, were launched from these yards. Newest old vessels include the SS Nomadic, the White Star Line’s last surviving  ship of that time. The monster cranes Samson and Goliath stand as powerful symbols of the city maritime  heritage.

100 years ago Belfast, in its city centre buildings, was every bit as grand and distinguished as the great Victorian cities of mainland Britain, Birmingham, Manchester, Liverpool and Leeds. Today the chief legacy of that age of late Victorian pride is the monumental City Hall.

Another symbol of the recovery is remarkable city centre hotel. It’s not technically correct to describe the Europa is a sanctuary during the Troubles. Even when the world’s press were based here, this city centre hotel was regularly bombed. It  has now been refurbished as a stylish city centre haven.

Belfast’s is an easy enough city centre to see on foot. I slipped easily between the eras in the course of a short stroll. In Great Victoria Street, directly opposite the Europa, and next to the ornate Grand Opera House, is a little gem of a pub, the National Trust’s Crown Liquor Saloon. This Victorian gin palace is all scalloped gas lights, gleaming brass work, coloured glass and cosy snugs.

It’s a 10 minute walk from the city centre to the neat streets and quiet parks of the Queen’s University district, with  its lively supporting cast of restaurants and cafes. I found here a shining example of a new museum that manages to make history fun and even exciting.

The main purpose of the bold and sparkling Ulster Museum (free entry)  seems to be to entertain while it informs. Walking through the door, the visitor is treated to a four-storey overview. A great steel and glass display tower “Window on our World” rises high into the atrium, scattered with random wonders. I wrote down: 1908 Chambers Car, Ireland’s most complete dinosaur fossil, Viking brooches, gold coins from the Spanish Amada, a Solomon Islands canoe, and Alex McQueen’s Hummingbird Dress.  They have certainly managed to take the dull out of the old. And there’s a fresh air bonus: the Botanical Gardens are right next door.

The city does not try to draw a veil over its violent past.  The Ulster Museum  gives a frank and honest overview of Ulster’s  history, including The Troubles, the frightful 1963-1985 period of sectarian strife.

Our guide on the open top bus tour did more in an hour than multiple news reports down the years to explain  the great damage 300 years of hatred actually  wreaked on Belfast. He gave an excellent, and impartial commentary as we weaved around the key locations, from the outrageous excess of Stormont Castle, set imperiously on the hill above the city, to the tragic Falls Road and Shankill Road, still divided by an enormous wall, on which world leaders write prayers of peace. The rival murals celebrating figures in the struggle are both moving and terrifying for the passions they betray. Then the bus pulls on to sedate Victorian streets that could be anywhere in Britain. Another way to understand the city’s troubled past is on a personalized tour in a black cab.

I stayed at the five-star Culloden hotel, a great slab of stone-built Victorian elegance high and peaceful in sloping parkland six miles out of town, overlooking Belfast Lough, a five minute taxi ride from George Best Airport. With an excellent restaurant, spa and swimming pool (nearby are two golf courses and Holywood village and the County Antrim coastline) it’s the very model of the genteel and spacious country hotel.