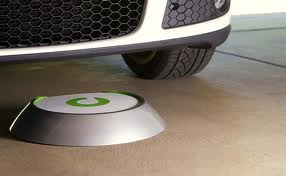 “Range Anxiety” didn’t really cut it as a buzzword for 2011, did it? Not enough stories of electric car drivers stranded miles from a charging point to confirm the still widely-held view that petrol and diesel are still the only reliable fuels to power your car.

So let’s try two words that might have a better chance in 2011 (if only they werent so dull-sounding): “inductive power”, or, as we are still only on formal terms, inductive power transfer plates.

Own up. Had you even heard of them at the start of this year? Well, I had not. This is the wireless technology that lets the driver of an electric car (EV) do just that, dispense with the wire snaking from the power point to car, even before we can get used to it as the symbol of a car being charged up.

With inductive power the driver simply parks the electric vehicle in a designated bay and transfer plates in the floor power it up.

The system is coming to London soon. In 2012 a trial involving 50 electric cars, using Qualcomm’s wireless technology, will start in Tech City around London’s Silicon Roundabout in Old Street. The project is supported by the UK Government, the Mayor of London and Transport for London. Electric cars will be offered on short-term loan, similar to the Boris Bikes scheme.

Julian Tanner, CEO of AxiCom, the PR company publicising the initiative, said: “This technology has solved the problems around the practicalities of charging electric vehicles.”

Electric car drivers don’t seem to be complaining too much that charging their vehicles is a time-consuming chore. Nevertheless, if the task can be made as easy as driving into a garage and stopping at a certain point, and letting the floor-mounted charger take over, then electric driving becomes more attractive.

Wireless charging is based on a magnetic field passing an electric charge from one coil to another. Drivers simply align their vehicle so that a plate on the underside of the car is directly over an inductive charging hub.

At first there is likely to be an emphasis on very careful parking. According to one manufacturer, the signal from the inductive mat can travel only six inches or so, to the receiving point in the car. However another product, delivering perhaps 93 or 94% percent efficiency in energy transfer, doesn’t call for such precise stationing.

The first generation of wireless chargers are really quite expensive, some around the $5000 mark. However some engineers estimate the price could come down in time to the cost of a car’s GPS system.

A new edition of the Nissan Leaf, due out in 2013, is likely to feature the technology. There is talk of it being incorporated into new, upmarket models, due out by 2014. Analysts point to a slow and modest growth in the use of this technology, with widespread adoption still “years away”. And we are right to be cautious because the adoption of electric cars themselves is still proceeding very slowly.

Bu do you remember those early, brick-sized versions of the mobile phone. And what they quickly turned into?