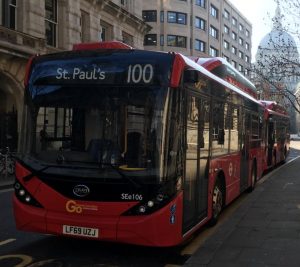 On Thursday the 26th March I joined an online webinar on responses to the climate and ecological emergency in the context of Covid-19.  It was organised by climate litigation charity Plan B, and accessed by over 100 members of the British media.

There was broad consensus from the panel that, without major shifts to the world’s economic orientation, the world is heading for a three to four degree rise in global temperatures in the course of this century, placing billions of people at risk.

Humanity stands at a cross-roads: governments must resist the opportunity to bail out and restore “business-as-usual” and must place human health and wellbeing at the centre of economic policy.

Former Special Representative for Climate Change and Chief Scientific Advisor to the Government, Sir David King, when asked whether groups like Extinction Rebellion were exaggerating the climate emergency responded:

“I think the climate emergency is much more serious than people think.”

In a discussion about the role of technology in addressing the climate and ecological crisis, Sir David warned that “carbon capture and storage is a fig leaf for the fossil fuel industry if we are not careful.”

Professor Kevin Anderson, chair of energy and climate change at the School of Mechanical, Aerospace and Civil Engineering (MACE) at the University of Manchester, added: “There is already a reliance on technologies that do not exist, which is already being used an excuse for inaction on difficult issues today.”

In response to a question on the potential ecological and environmental benefits of the Covid-19 pandemic, Dr Jason Hickel, lecturer in economic anthropology at Goldsmiths University and member of the advisory board of the Green New Deal for Europe, said:

“When you do scale down energy use and industrial production, then it does have these ecological benefits; but the crucial thing to observe here is that this is happening in an unplanned, chaotic way which is hurting peoples’ lives. We would never advocate for such a thing in climate policy.

“What we need is a planned approach to reducing unnecessary industrial activity that has no connection to human welfare and that also disproportionately benefits already wealthy people as opposed to ordinary people. So, there are much more equitable, just, and carefully planned ways to approach this kind of problem than what is happening now.”

Discussing how the UK can recover from the economic impact of the Covid-19 pandemic and make the necessary changes to address the climate and ecological emergency, Professor Kevin Anderson, said:

“Ten to 20 percent of the houses [in the UK] are in fuel poverty. We should be retrofitting all of the 25 million houses in the UK so they are fit for the 21st and the 22nd century – that is a massive employment agenda, and we eliminate fuel poverty.

“We also need to make sure that these jobs are well paid, which means people like me as professors need to take a large cut in our salary and there is nothing wrong with that. We need to re-adjust where we hand out the resources in our society, and if COVID-19 tells us anything it tells us that a care worker, or a nurse, is worth at least as much as a merchant banker.”

On the same topic, Professor Sam Fankhauser, co-director of the Grantham Research Institute and former Deputy Chief economist at the European Bank of Reconstruction and Development, said:

“As we move into rebuilding the economy we can pay attention to the carbon intensity of the stimulus packages that we have, and there are a lot of things that need to happen in a low carbon or zero carbon economy that are consistent with a rapid boost to the economy.

“The three tests that economists use for a good stimulus is that they have to be timely, targeted and temporary. There are a lot of climate change measures that fall into that category so we can have a low carbon recovery. I think that’s absolutely possible.”

“I think the hidden conversation in the climate and ecological crisis is that it’s somehow seen as a division between more left wing thinking and more right wing thinking. In reality when you have existential threats you have to put down your ideologies, see what change is needed and take the best ideas from everybody.”

“What the Covid crisis exposes is that we can do things differently. We must not go back to the status quo, we cannot do that.”

“I’d like to see a wellbeing economy emerge from this crisis.”