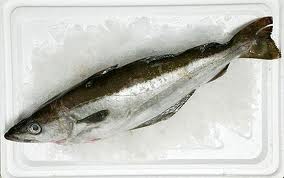 The BBC’s Stephen Evans was right to go after untrue labels of packets of fish – “Mislabelled fish slip into Europe’s menus”, April 2nd, 2013. The issue is fresh in the listener’s mind after the horsemeat scandal. (The Daily Mail ran a similar investigative story on fish in 2011.)

There is a separate conservation point to Evans’ “much of what gets sold turns out to be not as described on the packet”, however, which was not made in the BBC Radio Five Live item I heard, although it was partly addressed in the online piece. It is that, as consumers, we ought also to be told that the fish we are eating comes from a sustainable source, because nothing else will do. (The BBC article said not knowing where our fish comes from makes it hard to make an informed sustainable choice.)

Ironically the only two “cheaper” fish referred to by name in the article, pollock and Vietnamese pangasius, also known as basa or river cobbler, which is farmed in estuaries in South-East Asia, are both good sustainable alternatives to threatened cod. Shouldn’t we be eating them anyway?

Mis-labelling food is wrong, and illegal. It seems we are being duped by organized-crime, and that has to stop. And yet this parallels the horsemeat story only up to a point. If you buy an item labelled “cod”, you have every right to expect it to be 100% cod. You should also, after several years of publicity, also expect it to be 100% sustainable.

There’s a fair to good chance that the label won’t tell you if it is or is not. Marine Stewardship Council (MSC) certification is the best guide. If MSC is not on the label then I’m inclined to assume that it doesn’t come from an accredited sustainable source, and I won’t buy it.

So our cod is being diluted with “cheaper” species, but should we be buying that cod in the first place? The fish conservation website Fish2fork places Atlantic cod at the top of its “10 fish to avoid” list. It notes that, with the exception of the Northeast Arctic stock, most cod stocks in the north-east Atlantic are overfished or at an unknown level. The most depleted stocks are in the Irish Sea, North Sea, and West of Scotland waters.

As a “good alternative” Fish2fork lists Atlantic cod from the north-east Arctic or Pacific cod, which is also certified as sustainable by the MSC.

According to Hugh’s Fish Fight, “there are two species of pollock in our oceans, both of which are happily swimming around in abundance.” (TV chef Hugh Fearnley-Whittingstall, who set up Fish Fight, campaigns on fish sustainability.) Pollock is on the MSC certified ‘Fish to eat’ list.

I hope it is not demonized, as horsemeat has been, by being named as one of the substituted fish. Perhaps we should know more about it. Tesco has been selling Vietnamese pangasius, correctly labelled, as “Vietnamese river cobbler” for several years. This fish, farmed in the river estuaries of Vietnam, has had a rough ride in chat rooms and fora online. Fishonline (http://www.fishonline.org) recommends you look for it where it is farmed to GlobalGap certified production standards. “The GlobalGap certification addresses a number of issues of environmental concern.”

We must have honest labelling, but consumers also need to be more widely informed about where their food comes from, and whether we can continue to sustainably harvest it.