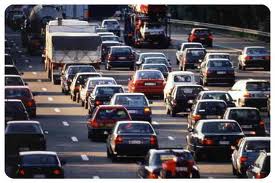 Now air pollution may be linked to diabetes - photo: onthegowithamy.blogspot.com

American researchers have found a strong link between air pollution and diabetes. Focusing on “fine particulate matter”, of the sort that is found in vehicle exhaust, smoke and haze, they found that for every ten microgram per cubic meter rise in fine particulate matter, there was a 1 percent increase in diabetes rates.

Writing a blog in the New York Times (Polluted Air and Diabetes: A Link, October 4, 2010),  John Collins Rudolf  notes that the new long-term epidemiological study by researchers at Children’s Hospital Boston builds on previous laboratory studies that have tied air pollution to an increase in insulin resistance, which is a precursor to diabetes.

The researchers used health, economic, geographical and other data to adjust for known diabetes risk factors, such as obesity, exercise, ethnicity and population density. After controlling for these factors, a strong correlation still emerged between diabetes prevalence and particulate air pollution.

“We didn’t have data on individual exposure, so we can’t prove causality, and we can’t know exactly the mechanism of these peoples’ diabetes,” said John Brownstein, an assistant professor of epidemiology at Children’s Hospital Boston and co-author of the study. “But pollution came across as a significant predictor in all our models.”

The findings (published in the October issue of Diabetes Care) comes shortly after the Volvo car company launched a campaign to re-educate people on the damage to health from vehicle exhausts, particularly in densely populated urban areas. The Boston findings would appear to add urgency to their campaign, and support the need for mitigation measures in the areas most at risk.

The influence of particulate matter on diabetes rates was observable even in counties [ in the USA study] where pollution rates were below the standards deemed healthy by the Environmental Protection Agency, the researchers noted.

“We’re seeing a rise across the board,” Dr. Brownstein said. “It’s not just the most polluted places that are experiencing this relationship.”

Diabetes rates have surged in the United States in recent decades, with an estimated 23.5 million Americans suffering from the disease, according to 2007 statistics from the Centers on Disease Control and Prevention.

The number of younger Americans afflicted by diabetes has risen particularly fast. From 1980 to 2007, diabetes rates for those below the age of 44 nearly tripled, to 1.5 percent. For older Americans, the diabetes rate doubled in that time period, with nearly 10 percent of of the population between 45 and 64 now suffering from the disease.

John Collins Rudolf’s blog concludes that while lifestyle changes, responsible for a sharp rise in obesity and a decline in physical activity, together with demographic changes, are seen as predominant factors in the increase, they haven’t been “teased apart” according to Brownstein. “What we’re seeing here is that there’s an environmental factor.”