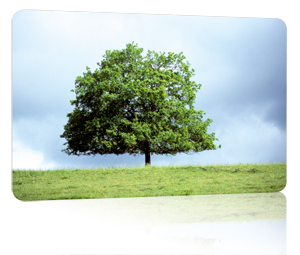 Green fields for all?

The Rio+20 conference (Conference on Sustainable Development, 20 – 22 June) will have stiff competition on the news agenda this summer, but we must still pay it close attention, even if the Prime Minister of the U.K.’s “greenest government ever” isn’t attending.

I was at a debate about where we are, 20 years on from Rio, in London last week. It was a salutary reminder of what we need to do, and quite quickly.

Sky and the WWF organised the event – “Squaring the circle: does economic development have to cost the earth?” – at the Goldsmiths’  Centre in London. They assembled a thoughtful panel, who were asked to sum up how far we have come over the past 20 years.

The Rio Earth Summit in 1992 gave substance to the idea of “sustainable development”. Last week’s debate was around how much has been achieved in making economic development sustainable. To an extent the introductory leaflet answerered its own question: “With the planet under more pressure than ever before, and green strategies continuing to falter, there is little evidence to suggest we’re reversing the key indicators of environmental decline.”

Speakers agreed that we have made very little progress in 20 years since Rio, while the problems of the environment, from climate change down the pyramid of eco-concern, have multiplied, and the timetable for action has been compressed.

One panel member drew a picture of  New Year’s Eve anticipation. We have some very good gym equipment to get us fit, we are all ready to use it, but there’s no accountability and no implementation.

Michael Jacobs, visiting professor at the LSE, said almost no progress had been made in “mainstreaming” environmental policy, integrating the natural world into the economy, although in the past two years economics ministers were beginning to understand the impact of  scarce, more expensive resources on their budgets.

Kate Raworth of Oxfam said there were more people in hunger than there were 20 years ago. “How can that be?”  She said she was appalled by the lack of action.  “There was no sustainability, no protection of the environment.  Social justice should be at the heart of the economy.”

There was a similarly negative litany from other speakers, which I need not touch on here because we are so familiar with it.

There were interesting  contributions from the floor.  Did you know, for example, that every taxpayer in the UK pays about £1000  to subsidise exploration and extraction of fossil fuels around the world?  So never mind the few pounds you’re paying to subsidise people with solar panels, and to pay people who site wind turbines on their land.

Another person from the floor said it was important to  put “externalities” onto the balance sheet. A simple definition of a “negative externality” is a process or product that imposes a negative side effect on a third party, a “social cost” (Wikipedia). “Many negative externalities are related to the environmental consequences of production and use.”

That speaker pointed out that it is often cautious pension fund managers who do not want this detail included, as it can affect the value of shares. This vicious circle needs to be broken.

There were some hopeful signs. Apart from the work that sponsor Sky is doing in rainforest protection, there are signs that the wider corporate world is beginning to get the message.

David Norman (Campaigns Director, WWF UK) cited the example of Marks & Spencer, taking action to  protect the environment around Lake Naivasha, where flower production is causing widespread damage. He saw the chance to “reboot” the environment, and was excited by the involvement of the corporate sector.

Catherine Brahic of New Scientist magazine mentioned the concept of GDP+. She said China had carried out a not very well publicised exercise on this, the idea of putting a price on natural resources.

(The UK government has made hopeful noises here. This year environment minister Caroline Spelman said the UK would be seeking agreement to move away from using GDP as the sole indicator of progress in government accounts. It is thought GDP+ would encourage countries to measure and account for the value of their natural resources.)

So what of the future?  The view was that the new Rio would come up with an anodyne communiqué everybody could agree with, and that nothing much would be achieved.

Michael Jacobs said he hoped Rio would reawaken interest in the environment and “make people angry.” He said that, beyond Rio: “We have to take the environment and natural resources into fundamental account in the way we do business and conduct our economics.”

Kate Raworth, of Oxfam, said we needed to stop wasting energy and food and reconfigure our use of resources. “That is the 21st-century project.”

Catherine Brahic wasn’t entirely disheartened. It was easy to indulge in doom and gloom, she said, and thinking things would not happen, but that did a disservice to human ingenuity and creativity.